– Minkah Fitzpatrick is the Pittsburgh Steelers 2022 Most Valuable Player as voted on by his teammates. Fitzpatrick tied for the NFL lead in interceptions with six, is the first Steelers safety to win the award since Troy Polamalu in 2010.

Dolphins – Jets on Sunday Afternoon will bode a QB matchup of Skyler Thompson vs Joe Flacco. Pittsburgh will have a rooting interest on Sunday towards Flacco.
– The League on Thursday announced a number of playoff scenarios with Bills – Bengals officially being cancelled and won’t be played. The news on Damar Hamlin continues to be positive as the Pittsburgh native is showing remarkable progress

– The Penguins  (19-13-6, 44 pts) fell behind 3-0 in the first period and their woes continued Thursday night with a 5-2 loss against the Vegas Golden Knights. Pittsburgh is winless in their last six games. Pressure mounting on GM Ron Hextall
– Sidney Crosby scored his 20th goal of the season in the loss and prior to puck drop was named to his 9th All-Star Game as the Penguins lone representative.

– No. 809 for Alex Ovechkin who scored his 29th goal of the season in Washington’s 6-2 win over the Blue Jackets Thursday night.

The deal for William Jackson III involves a conditional 6th round pick in 2025 being swapped for a conditional 7th in 2025. https://t.co/Zusl4JcImQ

— Jackson, 30, is owed $9.25 million in base salary for the 2023 season as the Steelers make the acquisition with an eye on bolstering cornerback position for rest of this season and next —

When the Pittsburgh Steelers left Cincinnati, they feared the team had lost T.J. Watt for the season. 48 hours later and some change, the team and Watt have received the best possible outcome as Watt has a left pectoral muscle tear and not a tendon tear as initially feared.

Head Coach Mike Tomlin ruled Watt out for week 2 vs the Patriots but wouldn’t rule Watt out beyond that. However, all parties involved are bracing for a 4-6 week recovery period.

“We’re probably in a lot better place than we were after the game,” head coach Mike Tomlin said at Tuesday’s Press Conference “. I can definitively say that T.J. won’t play this week [against the Patriots], but I won’t make any commitments beyond that. We’re encouraged, and we’ll just continue to look at the situation and gain opinions and do what’s appropriate.” 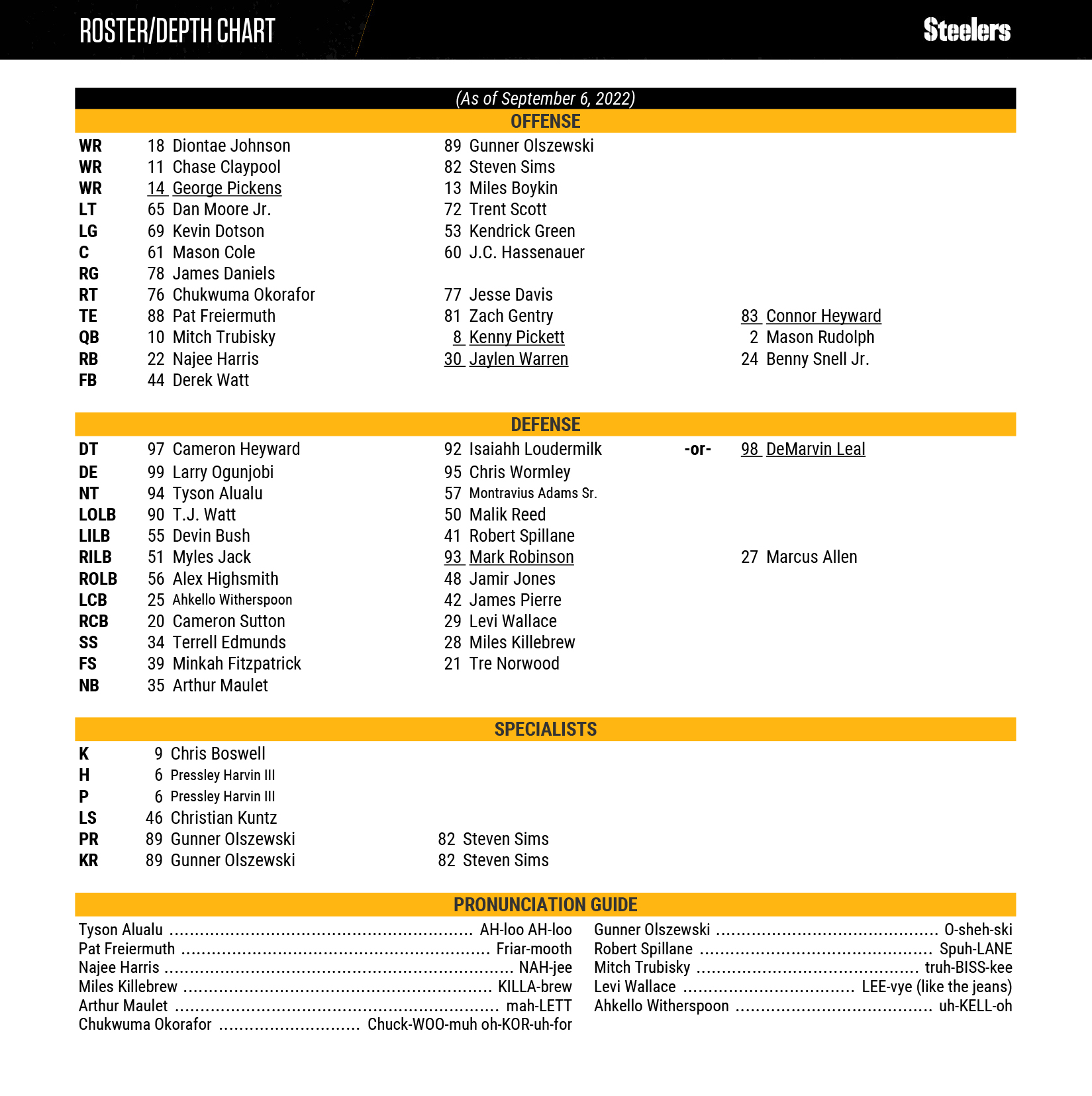 The Steelers Organizational Failure was on display in Week 3 Loss

Rumors: Dwayne Haskins to the Steelers?

Day 2 Buzz: By design, Steelers add a different type of receiver to their young mix