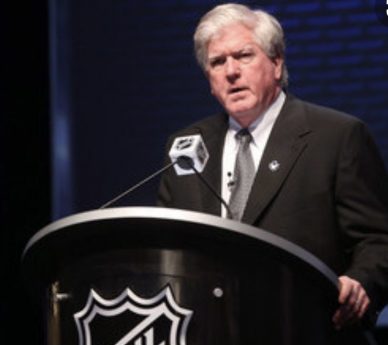 Major front office structure changes are coming to the Penguins organization. [hide] Ron Hextall will be the team’s next General Manager but Hextall won’t be coming alone.

Brian Burke has been named President of Hockey Operations, a major shift in the organizational structure.

According to the Penguins, Hextall will oversee the Penguins’ day-to-day hockey operations, reporting to Burke. Burke will report to David Morehouse, the team’s president and CEO.

Patrik Allvin will stay on as assistant General Manager under Burke/Hextall.

“We feel incredibly lucky to bring in two highly-respected executives with a combined 50-plus years of NHL management experience,” David Morehouse said in a released statement. “Ron and Brian are well-known in the hockey world as fierce competitors with championship pedigrees. They’re very well-connected and experienced in all aspects of the game. They are both excited to get to work here in Pittsburgh, blending their skills and building on our long tradition of success.”

“It’s an honor to be joining the Pittsburgh Penguins – an organization well-known for its excellence on and off the ice,” Hextall said in a statement. “I look forward to working with ownership, Brian and the entire organization toward the ultimate goal of bringing another Stanley Cup to Pittsburgh.”

Burke, 65, will be a controversial hire to some. The long-time NHL executive has over 30 years of experience, lastly with the Calgary Flames as their President of Hockey Operations.

Whether it was going to happen right away or a few months down the road, the Penguins have been strongly leaning in the direction of hiring a President of Hockey Operations to oversee the entire hockey operations, a shift from the previous structures under Ray Shero and Jim Rutherford.

Other serious candidates were Mike Gillis and Peter Chiarelli for the role.[/hide]

Hextall: Id trade Letang for anything i can get and start Trotman as soon as he’s healthy

Pens: when can you start?!

Sully’s leash just got shorter. Gallant will be here by March if things don’t get better.

Npl suckss so does his kind

You do realize JR was a goalie? Ugh.

would love to see hextall win a cup here. not just for the obvious, but also to stick it to philly. f those jerks

Isn’t Burke the grumpy ass old guy on hockey night in Canada? Also why in the world would you pick a Flyer for our GM job..
FUCKING HEXTALL WHY NOT BOBBY CLARKE THEN

Where the fuck did that come from?