Can the Penguins fix Justin Schultz? 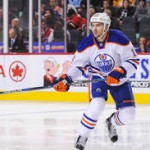 The view in Edmonton of the Justin Schultz trade is that it’s remarkable the Oilers got a third round pick for him. He’s that bad in his own end.

The view in Pittsburgh is they got a very talented offensive defenseman who can somehow transform into an adequate enough defender in his own end with a change of scenery.

“He’s very good on the offensive side. He still needs to work on the defensive side,” Penguins GM Jim Rutherford said of Schultz. “We think the change of scenery for him is going to be good.”

Rutherford said they wanted to stick with having speed on the back end. “We were trying to add some depth to our defense and we were very pleased to add him,” Rutherford said. “Our approach was to go with more speed, more transition game from our backend. This is a player that will be able to help that.”

Even though Schultz is a restricted free agent at seasons end, the Penguins are kind of looking at him for now as a rental. Rutherford said they’ll see how he fits and go from there.

What the Penguins are developing is an identity on the backend. Speed and puck movers, a team built on a quick first pass to exit the zone and attack off the rush.

It is a winning recipe in the playoffs? We’ll find out soon enough.

For Schultz who likely won’t play until Saturday vs Calgary, unless he arrives sooner than expected, he’ll have maybe only a couple weeks to try to lock down a spot in the lineup with Ben Lovejoy expected back in mid-to-late March from a shoulder injury.

The hockey sense is his own end is said to be one of his major flaws along with a lack of physical strength and poor competitiveness. Schultz really struggles with reads, especially in defending the cycle, scouts note. One scout in being pretty critical said Schultz To read this insider news, subscribe to get “Inside Access”!

Versteeg to the Kings

You guys think jultzing will be staying with Kessel since both have a lot of things in common ?
This video can be easily be done for Kessel too

What the hell is Jultzing?

Watch the video posted by D

I hate to say it but this is the squirrel finding the nut here. Schultz and Kessel definitely have that in common… avoid contact at any cost… Jultzing is quite a funny way to describe the big part of what we will hate about this kid

Trump = kkk wow this U.S presidential race gets dumber by the day. Who needs to watch comedy just tune in CNN and you’ll get your laugh

Needs more Jeb. Our next president.

Berglund for Bonino is a deal I could see going down. 2 struggling centers, history with JR and Armstrong.

Maybe we could throw in Robert Dome and Dick Tarnstrom to make the cap hit work.

The not so witty have a way of sticking out like a sore thumb.

Maloni is the coolest resident of his mom’s basement.

How can you censor Dick when it’s someone’s first name? I didn’t say Nlpples eats Dick, I was referring to former Penguin Dick Transtrom. That’s a capital D in Dick, not the little dicks that nlpples sucks on.

Staal to the rangers

Breaking news! Sam, you really don’t think people come to this site for news and information, do you?

I don’t know you should ask npl and stan

They’re busy at a pajama party

Did you tell them to go fly a kite?

You’re so bad at this.

It’s even more fun if you’re good at it. Trust me.

Stan is on top of things. There’s a 60 inch plasma at the Dunkin Donuts pumping out TSN. NLpples on the otherhand may actuall get his hockey “news” from this site

Watching Caps-Hawks is exhibit 1 why the Pens should not trade for rentals. They’re not even in the same league.

I would be really suprised if both teams made it to the finals. I personally think Wash loses 1st round and chicago in the 2nd round.

They wont lose if they play the penguins

I guess we’ll see. Tuesday should be a nice barometer.

Playing the pens has been a free pass to go to the 2nd round. Only time pens go far since 09 was playing 2 times vs pens then isles and jackets teams at the time had no playoff experience. Hope pens play Panthers this year so they can go to the next round

Could also have something to do with the fact that Chicago(recently) and Washington(offseason) have aggressively upgraded their rosters.

So did the pens. Adding chubby was the real deal over the summer

Dusty can sleep easy tonight. All we need to do for him now is to acquire a couple 4th liners so we will be the cup favorite.

They got the wrong type of defenseman…plus they haven’t added a 3rd liner yet. And they should only add 1.

How would that be better than what they have?

Russell would sit in the 5/6 pairing with DP while the rest stay the same. Schultz…I don’t see where he fits in with the lineup as is. Too many offensive minded dmen right now imo, which makes the backend even more of a liability.

Unless you are asking about the 3rd line winger they need. Sheary stinks, Bennett can’t be trusted. Fehr, Cullen, Kuhnhackl is a nice 4th. McGinn Bonino and Wilson is a nice 3rd. I see McGinn as a decent upgrade over Bennett and Sheary…sorry if you don’t.

Fun time of the year. All the stupid people come out.

Another amazing prediction by one of the posters here.

That was me thanks 🙂

Malkin not at optional practice (3 games in 4 days), so no biggie.

I think he got that injury tweaked when he was tangled with buff.

For those who expect a change of scenery is all Schultz needs, they have not seen Schulz play. He kinda reminds me more of John Slaney than any defenseman the Pens have had. I think he is a waste of a third round pick. Pens get a rental 7th defenseman. I know he is a RFA – but his minimum salary (10% raise) is about 4 million.

This is fair. Only thing I’d add is that that organization develops nobody unless their God given talent can’t help but come through. That and he’s never been paired with anyone that was worth a damn.

LMAO…. According to Damien Cox Reimer asked for 6 years, $6 million. Ya, we definitely overpaid for Fleury right Yoda?

Same comment. If I saw Toronto pay what they paid for Kessel and Phaneuf, I’d ask for $6 million too

Why wouldn’t he be? Moving him before the offseason would be absurd.

He isnt getting moved

Still waiting for king puck to tell us what went wrong on the much anticipated Radko Gudas deal.

Don’t think the Flyers are sellers having leapfrogged NJ, only 3 pts behind Pens.

Oh. What about Dalton Prout then? Or do the Blue Jackets still have playoff aspirations too….

What if they picked up Schultz because they’re going to swap Pouliot for a forward? Just a thought.

I really like Pouliot, but honestly, that’s the only thing that makes sense here.

Actually, it makes zero sense. They have no defensive depth as it is. And if they were looking to move out a contract, it’d be Cole.

It has nothing to do with moving out a contract. It has to do with balancing your pairings. DP is the only young D guy with potential that he can offer for a top 6 winger…so he replaces his offensive loss with Schultz. I don’t like it, but it helps me rationalize the trade somewhat in my head.

They. Do not. Have any. Depth. Repeat after me.

That’s exactly pens need poor defensively and weak in strength GMJR has done good job last few seasons now. Despres bortuzzo gone and in return Cole and gayjoy. And now Schultz. Hope Fleury gets traded not to please Yoda but to have a chance to win the cup elsewhere

It is a loss. You are just a fool

It’s a loss of you really need a #7 or a middle of the pack #6. But those guys are a dime a dozen. Like Despres.

No clown pens upgraded with lovejoy a fool that is on the ice most of the time when teams score and is on the nights highlight real on most of th goals. Hey even retired St Louis best him last year in the playoffs

Despres to lovejoy was a lateral move. I know it’s hard for you to admit. But they’re both middling bottom pair asssholes

Once again, can I buy some punctuation? Why do you even comment? You can’t even put a sentence together. Are you in the 3rd grade?

Worry about chubby not sid

Why should he worry about you? Diabetes about to take your foot?

So they gave up a 3rd for a player who may not even be a regular in the lineup come playoff time?

Fix? Bro, they havent fixed their own guys.

Are you serious D! You think they’re going to play a Schultz/pouliot combo! This kid has upside and positional stance can be taught. I’d say let’s save the negativity until he’s played a couple of games.

Negativity? This site would not be what it is without negativity. This franchise needs a Schultz just like this site needs the likes of Gaydogg and Stanch the internet tough guy who is guaranteed to be a pusssy in real life!

I see this queen is back for his bi weekly drive by. Same earth shattering content as usual.

Does this hinder the Prout / Gudas deals, King? Enlighten us.

Not quite as dumb Sam. Hi chubby.