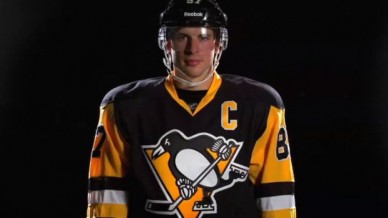 DAY 1 CAMP BUZZ
Mike Johnston put the Penguins through a grueling first day of camp, though, it’s not all about doing wind sprints when it comes to getting players into game ready shape.
As promised by him, Johnston’s practices are high paced with a focus on players getting from drill to drill very quickly. Johnston is trying to set the tone from Day 1 in that how the Penguins practice, is how they want to play.
One complaint from players privately with the previous coaching staff was 2 hour + practices and long meetings before and after practices, especially last year when Bylsma tried to become a more tougher coach behind the scenes.
Players welcomed Johnston’s fast pace practice on Day 1 and a player at the forefront was Kris Letang who has hit it off with Johnston since meeting with Johnston for over five hours this summer in Montreal. Letang was one of the Penguins core players who was accommodating when Johnston came to meet him this summer, unlike some others like Evgeni Malkin who sources say would only meet with Johnston briefly and wasn’t very accommodating towards Johnston, despite Johnston traveling all the way out to Russia to see him.
“It was high pace,” Letang said of Friday’s practice. “I don’t think you can get faster and harder than that. It was fun to see that he bangs everything quick and he relies on us to understand and be mature enough to make things right. He’s not going to go for two to three hours on the ice and he’s not going to make meetings go forever,” Letang said. “He’s going to make everything clear right away and he’s going to have the confidence in the player that he’s coaching to have the responsibility of acting like a pro and doing stuff like a pro.”
Letang’s comments were quite interesting because it’s been no secret this summer that players felt Bylsma tried to change too much last season in the wrong direction with the long practices, long meetings. Some felt he treated them like junior players with the extensive meetings, such. One thing the coaching change projects to do initially is install some fun back into this group, but whether that is a good thing at the end of the day remains to be seen.
SYSTEMS
With the evolution of Corsi, every NHL team is talking about being a great puck possession this time of the year, at least the ones who weren’t good possession teams last year. The Penguins were a strong possession team in the post-season but a poor one in the regular season for the talent they had.
A critical area of Johnston’s system is based on zone entries. What fans will see as early as the preseason is the Penguins being a much tighter group when breaking the puck out of their zone. The stretch pass is going to be a thing of the past. Johnston’s system is based on five players exiting the zone together and giving multiple breakout options.
Rumblings this summer is Penguins players hated the installment of the Penguins weak side lock last season where the Penguins had set responsibilities on the forecheck regarding who was the 1,2, or 3 forward on the forecheck. Johnston’s system will give the Penguins forwards free rein and be based more on a read and react situation, where no forward is the set No. 2 forward on the forecheck for example.
This is a welcomed development for the players.
PLAYER OBSERVATIONS/BUZZ FROM DAY 1
— Conor Sheary is only on an AHL deal but he continues to show Brian Gibbons type ability with his speed and his elusiveness to the outside. He turned some heads on day 1 against NHL caliber players.
— For a young defenseman, Scott Harrington possesses excellent gap control that is at a Paul Martin type level in that aspect. Harrington was very sound defensively in defending odd-man rushes.
— The Penguins value Nick Spaling a lot more than others around the league do and we got a glimpse of that today.
Spaling did not start in Brandon Sutter’s group whom he’s projected to play with on the third line, but the coaches wanted to get him some looks with the top unit. Spaling alternated with Pascal Dupuis as the first line right winger and even took center reps with the first line in place of Sidney Crosby, centering Dupuis and Chris Kunitz.
Notes: The Penguins today unveiled their new 3rd jersey, going back to the jerseys won during the Cup Years in 1991 and 1992. Jerseys are now available at Pens Gear store.
(Photo Credit: Pittsburgh Penguins)