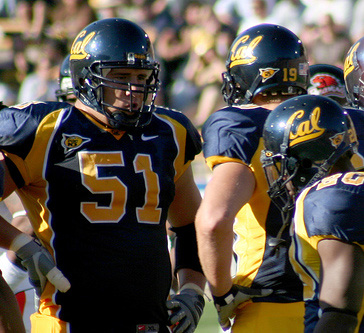 The Latest Steelers Draft Buzz
I’m hearing the Steelers have Alex Mack as the top rated center on their board but they like Max Unger better because he can play all three positions and they like Eric Wood better than Mack because he is the better guard of the three.
Some see Mack as being one dimensional while Wood and Unger offer much more versatile which is what the Steelers are looking for if they decide to go offensive linemen in the 1st round.
Don’t look for the Steelers to land Texas Tech guard Louis Vasquez in this weekend’s draft.
I spoke to Robert Sheets the agent for Vasquez this morning and Sheets tells me Vasquez stock is on the rise and he’s hearing Vasquez will be selected somewhere in the middle of the second round.
Vasquez, 6-4, 334 lbs, has excellent size and bulk and is one of those under the radar players that is on the Steelers radar in the middle rounds.
Vasquez lifted the required 225 lbs, 39 times at the NFL Combine, five more than BYU’s Travis Bright and visited the Steelers last week.
Five Players on the Steelers radar (late early-midrounds)¬†that are projected to be better pros
1. USC defensive end Fili Moala
2. North Carolina tight end Richard Quinn
3. Arizona Wide receiver Mike Thomas
4. UNLV Running Back Frank Summers
5. Texas Tech Guard Louis Guard
Scouting Report
Fili Moala —¬†downside is that¬†Moala has limited upside but the Steelers believe he can contribute right off the bat and will be a better¬†pro than he was in college. Moala is a first round talent –¬†Target in the second round if the Steelers move up —
Richard Quinn — Only caught 8 passes last season but scouts love Quinn’s ability to stretch the field. Tight end isn’t a pressing need but Quinn is at the top of the Steelers wish list as a potential 3rd-4th round target.
Mike¬†Thomas — set pac 10 records for receiving yards at Arizona. On the Steelers radar in the 3rd round. Scouts believe he will be a great kick returner in the NFL and has the potential to be a well-rounded slot receiver.
Frank Summers —At 5-10, 236 lbs, Summers is versatile with the ability to play full back and half back. A great catcher out of the back field and the Steelers would love to nab him in the 5th round if he is still around.
Louis Vasquez — Had an inconsistent college career but has all the physical tools to be a strong run blocker in the NFL. Steelers were locked in on him in the middle rounds but won’t take him in the second. His representatives could be a bit on the optimistic side