Game 7: Ponikarovsky back in 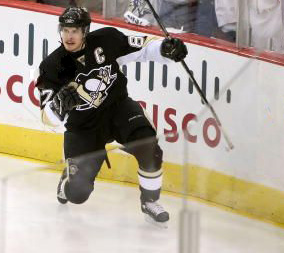 Game 7 Showdown: Changes looming for Penguins?
The Pittsburgh Penguins have won four straight Game 7 appearances including a 2-0 record last post-season in game 7’s.
There’s nothing better in hockey than a Game 7 and the Penguins will host their first Game 7 since a 3-1 loss to the Florida Panthers on June 1st, 1996 in the Eastern Conference Finals.
Pittsburgh is 7-4 all-time in Game 7’s and have posted a 2-4 record at home in game 7’s. The Canadiens are 12-8 all-time in Game 7’s.
There has been a lot of talk over the past 24 hours that Alexei Ponikarovsky will be back in the lineup and that appears to be case.
Ponikarovsky, the Penguins marquee trade deadline acquisition has been a complete disappointment and a healthy scratch for the past two games.
Ponikarovsky is expected to be the only lineup change upfront with Mark Letestu likely coming out of the lineup. Ruslan Fedotenko (0 pts, -3, 3 SOG) is under no consideration to get back in the lineup.
Morning skate lines
1st: Kunitz – Crosby – Dupuis
2nd: Ponikarovsky – Malkin – Guerin
3rd: Cooke – Staal – Kennedy
4th: Rupp – Talbot – Adams
5th: Fedotenko – Letestu – Conner
*There were no changes with the Penguins defensive pairings in the skate. Jay McKee, however, will participate in warmups, per sources.
Projected lineup: Forwards
Kunitz – Crosby – Dupuis
Ponikarovsky – Malkin – Guerin
Cooke – Staal – Kennedy
Rupp – Adams – Talbot
Defensemen
Orpik – Gonchar
Eaton – Letang
Leopold – Goligoski
*Marc Andre Fleury will start in goal
Canadiens update
Defensemen Hal Gill and Andrei Markov both skated. Gill appears to be a good bet to return to the lineup, with Markov likely being out of the lineup for a 6th straigth game.
Projected Lineup: Forwards
Cammalleri – Plekanec – A. Kostitsyn
Moen – Gomez – Gionta
Pyatt – Moore – Lapierre
Pouliot – Metropolit – Bergeron
Defensemen
Spacek – O’Byrne
Gill – Gorges
Hamrlik – Subban
*Jaroslav Halak will start in goal