Gills’ representatives trying to orchestrate a return to Pittsburgh? 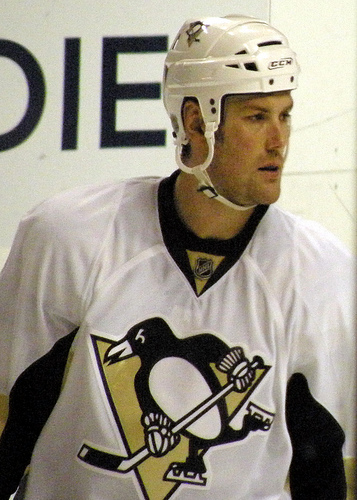 Follow TIOPS on Twitter
Indications from league sources are that the market will be bleak for defenseman Hal Gill when free agency begins on Wednesday.
Philadelphia was a potential suitor for Gill prior to the draft but with the acquisition of Chris Pronger, Gill is no longer on their radar.
Gill will not be offered a contract from Pittsburgh before July 1, will test free agency and explore his options.
Gill who opted out of his lease prop in Shadyside months ago, did not appear confident that he would return to Pittsburgh for next season based on discussions with Penguins management.
Less than 24 hours until free agency, receiving a $2 million a year salary will be hard to come by for the 34 year old defenseman and Gills’ camp is now trying to
orchestrate a deal (11th hour) with the Penguins at a lower salary.
Pittsburgh has told Peter Fish, the agent for Gill that he may have to take atleast a $500,000 pay cut to make the numbers work and Gill’s camp is believed to be interested in re-signing in Pittsburgh at a reduced salary for $1.75 million per season.
$1.75 million per season could also be stretching it, depending on how much the Penguins commit to a top 6 forward.
While Gills’ camp is now very open to returning to Pittsburgh, it remains to be seen whether the numbers will work.
It will be a wait and see game for Gill as Pittsburgh will explore their free agent winger options first before moving on the Gill front any further.
The Penguins will also look into a number of veteran defenseman including Philippe Boucher who would be willing to sign for $1-$1.3 million per season.