Penguins GM Jim Rutherford appeared on 937 The Fan in a wide ranging interview that delved into several topics.

Here are six Takeaways from the Rutherford interview on the Cook and Poni Show. 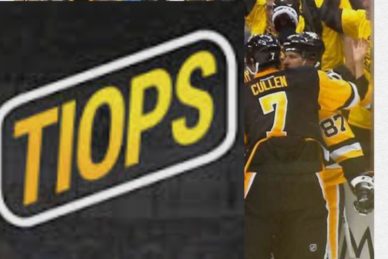 2. On Adding a third line center:

Rutherford said today one deal fell through recently, hinting the other team decided to keep the player.

It’s not clear if it was a bigger deal but sources have said the team felt they were very close to acquiring To read this insider news, subscribe to get “Inside Access”! “Enough talk I’m surprised we haven’t acquired one.”

3. On Whether the Ryan Reaves Trade was a bad one?

Rutherford was asked by Andrew Fillipponi if he has any regrets about the Ryan Reaves trade.

As he has continued to do all year, Rutherford defended the trade and what Reaves has brought to the table.

“I think Ryan has served his purpose,” said Rutherford. “I don’t have any second thoughts of that deal.”

Rutherford said during the interview that with the Penguins being back-to-back Champs, teams were going to be coming after them and what was an odd comment, Rutherford said on the show he believes Reaves’ presence has basically kept the Penguins healthy.

“Ryan has made sure that did not happen,” Rutherford said of the Penguins avoiding injuries because of Reaves being on the team. “I believe without him we’d be looking at a different situation.”

4. On Why Ian Cole has been a scratch

Rutherford was asked if Cole has demanded a trade.

He would not say Cole has or  hasn’t but did admit there’s been communication with the agent. [/hide]

“I have communicated with his agent [hide],” said Rutherford. “Ian just wants to have a chance to win again [but] When you’re in your contract year, you want to be playing. What he really wants is to be playing,” [/hide]

5.Trading First Round Pick will take “heck” of a player

6. Prospect with most trade value is not Daniel Sprong

I thought a great question asked to Rutherford during the interview was which prospect does Rutherford get asked about the most during trade talks.

And this matches up with talk around the league where scouts love Gustavsson’s ceiling and see him as a No. 1 goaltender.

Despite Tristan Jarry showing well this season in the NHL, there’s not a consensus around him that he’s going to be a legitimate No. 1 goaltender.

Scouts still see him as a very good No. 2 who can hold down a No. 1 role in spot duty.

Still it only takes one team to see No. 1 potential in Jarry and in time the Penguins are going to move one of their young goaltenders behind Matt Murray. Just likely won’t be this year and don’t look for it to be Gustavsson.

“Not my intent to look to move one of those three this year,” Rutherford said. [/hide]

Do the Pens need to give up something like Gustavsson or Sprong to improve the team in the manner they are trying to now? I don’t think they do. They dont need top six talent, they need a 3C… if Cole is staying put the need for defence may not be as pronounced although Letangs year worries me

Dusty won’t like to hear D putting down Jarry.

I’ll take Mark Recchi’s word over D’s any day of the week.

I’ll take 2 Stanley Cups by the age of 23 over Dusty’s word any day of the week.

What does that have to do with Jarry’s ability to develop into a #1 in the NHL at some point? D’s unnamed sources and contacts around the league say no. I named the source I heard it from 2 years ago. And i’ll take his word over D’s phantom source.

It doesn’t, it is the fact that you have anointed Jarry already while denouncing Murray. Now to be clear I really like Jarrys game, I hope that the commentary around him not being strong enough to be a good starter is incorrect. I also stand by that idea that maybe the team would be better served by a more athletic goaltender vs one that is positionally sound. That said the teams new found commitment to team D may afford the positionally sound guy another fair shake before that type of move is to be made.

Fair enough, so why won’t you take the evidence of back to back stanley cups as a starter for anything?

Well Sullivan is the HC and Recchi is an assistant. 2 cups back me up as well. That’s so Simply Dusty! I swear Murray banged his girlfriend or his Mom. He also roots for the players and not the team. His words.

Good you get to trade letang now. And have your drooling fantasy come real

Did you create Marty St. Louis on yours?

I tried for a 6th round pick and got denied. I’ll try Montreal though. They should give me their top players and a couple firsts.

Agreed. Its been a rough year.

If the center trade that fell through was Letestu, great. No interest in trading for a 4c and making him a 3c.

Agree. Also why I don’t want Cullen either.

I agree – he freakin stinks

And the “Steele Dossier” with it!!

You down with that Rothey77?

Hell yeah. I’m down with releasing anything that exposes the corruption in the US government. Might as well release all of the area 51 files as well

Footage of sams tryout with the Habs – https://www.youtube.com/watch?v=SQJRUKSfrZY