Kevin Stallings is out as PITT Basketball Coach 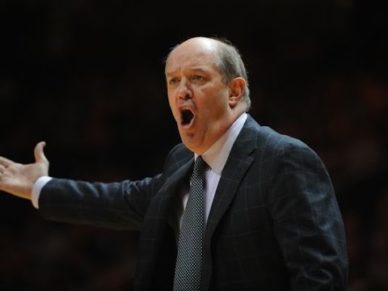 [/hide] Other than the University of Pittsburgh isn’t willing to pay a $9.4 million buyout, there was no way Pitt AD Heather Lyke could sit at the podium sometime this month and come up with one valid reason that Kevin Stallings deserved a third season as Pitt Basketball head coach.

Therefore, the Kevin Stallings era is over as the University and Stallings representatives have begun negotiations on an exit.

Stallings has been informed he will be fired and now the only question is whether Pitt is on the hook for the full-buyout or can work out a reduced buyout.

Stallings who signed a six year deal in 2016, has a staggering $9.4 million buyout.

While Jamie Dixon had run his course, the Stallings era will go down as a complete embarrassment.

It wasn’t just the losing, it was the hatred that developed from the players to the fan base towards Stallings.

The team was going to be better next season than the 8-24 record, 0-19 in ACC Games, they were this season, but this situation with Stallings beyond a couple more wins, wasn’t going to improve, and Stallings had become toxic for the University in so many areas.

Stallings abrasive style, sometimes coming off as a maniac on the court and often in practices, was only going to continue to be a major deterrent towards recruiting in future. Tough in your face coaching doesn’t work with today’s teenagers.

That’s not to say Stallings can’t coach. He can and has respect of a lot of coaches. But, he was just an awful fit for this situation and this job.

It wasn’t going to get better.

Whether the buy-out was going to cost Pitt $9 million or $15 million, they had to make a change and give Pitt credit for not extending this disaster another season.

Saying the players hated Stallings is you proving you dont know what youre talking about here. They really liked him and publicly stated so on multiple occassions. There were many problems, but that definitely wasnt one of them.

Agree. Players liked the guy. It was the butthurt Dixon ballwashers who never gave the guy a chance. He said he had to blow up the roster and did. He brought in a decent class and got blown off the court most games, which was completely expected. Now Pitt can flush10 mill down the drain and hire some joke. Then the handfull of players who apparently hated Stallings will transfer and Pitt will be smashed next year also.