NHL: Is this Matt Cooke’s last playoff run with the Penguins? 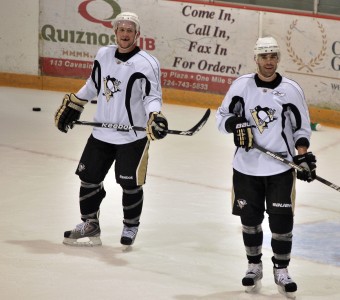 SUMMER SPECULATION
Matt Cooke has been a member of the Penguins organization for five years, some controversial years among them and a key member of the Penguins 2009 Stanley Cup run.
A top-9 player for his entire Penguins career, is this going to be Cooke’s last playoff run with the Penguins?
Turning 35 in September and eyeing a three year deal, those in Cooke’s inner circle say Cooke is prepared for the likelihood of not being resigned and we’re hearing Cooke does not believe he will be a top priority by the team like he was three summers ago.
The Penguins have been loyal to Cooke, sticking by him despite his controversial play in the past, and giving him the opportunity to change, which he has done, and many around the league wonder how strong of a market there will be for Cooke.
There’s always that saying about a player like Cooke, “players would love him if he was on their team” but in speaking to people around the league they claim that isn’t the case.
“There is a serious dislike for him among players,” an NHL source said. “Players think he’s a punk and I’m really not sure he would be welcomed in some locker rooms.”