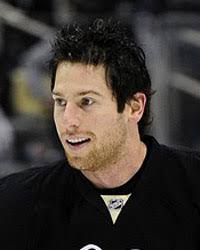 Penguins winger James Neal said following today’s practice that he had no intent to injure Brad Marchand but is sorry for his actions.
“Am I sorry for it? Yeah,” Neal said. “I hurt my team, and I hurt myself,” Neal said. “It’s not something I want to be talked about for and I need to learn from it,” Neal said. “It’s something I can’t do, and I know that. I respect what the NHL’s done, but I’ve got to put it behind me and move forward here.”
[JAMES NEAL AUDIO]
Neal said he is glad Marchand is okay and he should be because if Marchand got injured, word from the league is Neal would have been looking at an 8 game suspension at the minimum.
“I obviously bumped into him, but I have no intent to hurt him or injure him,” Neal said. “Obviously, I’m sorry. I’m glad Marchand is ok.”
It was good that Neal came out and had a different tune than Saturday night, though, his comments would have meant a lot more if he said what he said today on Saturday night before people in the organization got in his ear over his past couple days to take some responsibility for the hit.
However, smart move on him to say he’s sorry (whether he means it or not) and hopefully move on from the situation.