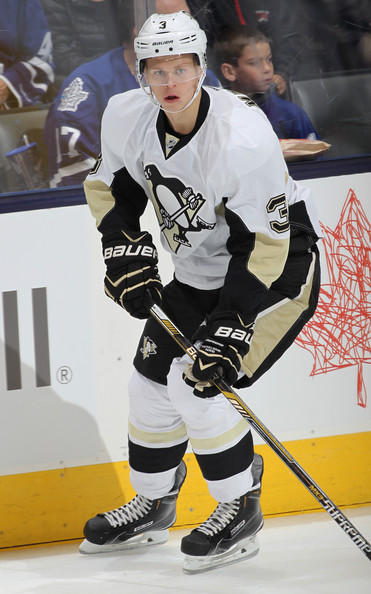 News broke Saturday night that Winnipeg Jets defenseman Jacob Trouba has been seeking a trade since May. While NHL General Managers have been aware of this for months, the news became official as the agent and player went public.

“Since May, we have been working with the Jets management in an effort to facilitate a trade of Jacob’s rights,” agent Kurt Overhardt said in a statement released to the media on Saturday evening. “Both parties continue to work on this matter. There has been no negotiation regarding the terms of a contract between our client and the Jets over the course of the last several months. The situation is not about money; it is solely about our client having the opportunity to realize his potential as a right shot NHL defenseman. As a consequence of the Jets depth on the right side, we believe it is in both parties’ best interest to facilitate a mutually advantageous trade,” said Overhardt. “Our client has nothing but respect for the people and City of Winnipeg, the Winnipeg Jets, its fans, management and ownership – our desire to get him moved has everything to do with opportunity,” said Overhardt. “We will continue to work with the Jets in good faith to achieve this end.”

As expected there’s a long list of suitors for Trouba.

Understandably Winnipeg is looking for a big haul.

A key piece in any trade package, the Jets covet a young top-4 left handed defenseman, preferably with term.

On paper there might not be a deal that makes more sense than Olli Maatta for Trouba.

In Trouba, who the Penguins passed on in the 2012 draft to select Derrick Pouliot, would give them a dimension on their blueline that they don’t have.

A punishing shutdown right handed defenseman who could anchor a No. 2 pairing behind Kris Letang for years to come and also help the Penguins limit Letang’s workload a bit moving forward.

In Maatta, the Jets would get a young left handed d-man with top-4 potential who most importantly is signed for the next six years at $4 million per season.

“Maatta would cross off a lot of ‘T’s’ for Winnipeg,” a scout said.

Penguin officials have been aware of Trouba wanting out of Winnipeg since the summer and Pittsburgh’s interest in Trouba has been lukewarm to this point, sources say. Most likely because of financial concerns.

While Penguin coaches don’t see Maatta in the light that the management team does, those in the front office see Maatta being under contract for the next six years as significant value.

The Winnipeg Free Press reported last season Trouba was seeking an 8 year, $56 million contract from the Jets. One NHL exec predicted Trouba will get around $5.5 million per season on his next deal.

If the Penguins want to get into the mix, they have the assets to be a player in this.

The Penguins are on the ice this morning for the third day of training camp:

Here’s a few young forwards who had a strong first two days of camp and are making early impressions:

Scott Wilson – Has been very impactful offensively. Doesn’t have the skill set of an elite offensive player but Wilson knows how to get to the right spots to put himself in position in score. The puck has been following him around during scrimmage play. Skating not a strong suit but improved foot work continues to be noticeable, looks to have a quicker first two steps in creating separation. Certainly a player who’s trending up.

Thomas Di Pauli – The skating ability as expected has been very noticeable. One of those players who creates “chaos” with his speed and he’s showed a good ability to bounce off checks for a smaller player. I want to wait to see how Di Pauli fares in a couple preseason games but coming into camp, some of the organization’s scouts felt Di Pauli was close to being NHL ready and he’s showing that so far. If he continues on this trend, could emerge as one of the first callup options on the depth chart.

Jake Guentzel – Didn’t have a great first two days of camp but there’s a lot to like. Great hockey sense in how he plays all three zones and has a smooth skating ability with acceleration to get up the ice on the attack very quickly. A key for Guentzel will be getting a bit stronger.

Teddy Blueger – 2nd round pick in 2012, Blueger is kind of at a cross-roads in how he’s viewed as a prospect. He’s one of those prospects who certainly hasn’t been written off but there’s not a huge amount of optimism like there is for others like Guentzel. Overall, though, Blueger held his own in the two scrimmages, scoring in back-to-back days. A positive sign was that both goals were one’s where Blueger created his own shot.

Imagine fleury would’ve been traded this summer and make clowns like Yoda happy. Who would’ve been in net now beginning of the season with Murray injured and fleury gone

It really doesnt matter. 82 meaningless games. Cant wait for Fleury to jump out to a 10-1 start.

82 meaningless games… why bother at all? We should just give the Pens a pass to the playoffs because Crosby is who he is and then the real games can start.

Here in Winnipeg, the consensus among Jets fans during call-in shows and on social media is that most fans want Trouba to “sit and rot…”. They’d rather he lose a season than get rewarded for demanding a trade.

I usually default to being spiteful as well, but wouldn’t you rather get an asset or two that can help you? Seems like cutting off your nose to spite your face.

I think part of the thinking is that Trouba is only playing a bottom pairing role these days anyway… and that at 22 he shouldn’t be able to hold the team for ransom. Personally, I’d rather they dealt him. I think I’d like a Maatta deal from both sides. Most Winnipeggers really want Hamonic for Trouba… though Hamonic withdrew his trade request and may not care as much about moving back home as he did last year.

I think him playing in a bottom pair is part of why he wants out. Being anchored down by mark stuart isnt going to sit well with anyone.

Why players in peg wants to be traded

Kane? You think that it was simply Kane wanting out? This guy is a complete piece of shit and the entire locker room turned on him. He was manhandled and embarrassed by Byfuglien after he slept in for practice for the like the 3rd time or something to that effect. On that note I dont think Kane ever requested a trade either

Ahhh, very Depaoli like… he told THN he asked for a trade every year after the move to the peg but this only became public after he was traded. In the same comments he played the race card so it must be absolutely sincere lol

Probably has something to do with wanting to win and realizing that the only chance they have of ever winning the Cup is to get out of Canada as soon as possible.

If it truly isnt a money issue and he can be had for near Maatta type money I would be curious. I like Maatta but the mobility thing is a concern. I know he worked on his conditioning and skating this offseason which would make me hesitant as there is still visions of how good he looked as a rookie but Trouba’s got a lot of size and decent skating ability for his size. Offensively it seems to be a wash as they both look like 20 point guys

The whole situation seems a little off to me, in the quote I saw he said it had nothing to do with money and was all about his usage and his desire to play RD which is his natural side, it just seems like that is an issue that can easily be solved if that is truly the issue. First off, I find it hard to believe that a coach would insist on playing any player on his off side if he had a dialogue with the coach and told him he wasn’t comfortable on his off side and would… Read more »

But would you flip Maatta for him?

Maybe now bandwagon fools can stop drooling over him coming to Pittsburgh to play with Sid.

I see what you did there. +1 thumb for you

maatta for trouba….i wonder if they can make a deal for the jets to take malkin too and free up all that cap space? you guys don’t want to hear it, but geno has zero interest. he sucked so bad in the world cup. for the man with the most god given talent in the world…it’s a shame.

Whatever your ideas are, they’re probably dumb – you wanted to start the season with Leland Irving in net. Idiot.

He must of been injured ask Shitt Stain here

I’m really crossing my fingers hoping that this world cup will keep Sid from disappearing until Christmas – we’ll see, right?

No no – slow starter would insinuate he showed up before Christmas. He didn’t. Had to rely on the “broken down Russian machine” and Fleury to bail his asss out. (Not to mention, then that “broken down russian machine” nearly outproduced the “best player in the world” in the playoffs…with one arm – embarrassing for Canada).

If they were looking for a skater, they would go after Sestito

LOL, nice. Gotta love the thought process… Despres is missed and Sestito is necessary but Maatta? The 22 year old blueliner that had to work on his skating this past off season (and who apparently did by his account) is a fucken liability haha

Plus, let’s not forget how good Pouliot looked in the playoffs.

Wonder if we can flip Pouliot to LA for the tremendously gifted Jeff Zatkoff!

You the mean the goalie the Penguins coach credited with winning the Rangers series for the Pens …. sure, why not.

1-1 #wontheseries. I would love to see the caption where Sullivan credited Zatkoff “winning the series” at one and one. He did a good job in the 1st game and gave them a chance to win but was meh in the second one… very Pouliot-esque in comparison lol. By all means please bring up the comment… having trouble finding it myself.

You know what, don’t bother. I don’t know why I think you could possibly make real sense of the scenario. It’s laughable that anyone could think of Zatkoff as anything more than a backup that had one strong game as a real option. The FACT is he shit down his leg in game 2. The thing I am grateful for is that he prevented that team from going down 2 nothing. That said the way the team played they probably win in 6 instead of 5 had he lost both. #something special You and yoda are idiot trolls… sam adds… Read more »

Source? I heard he left practice for blocking a shot but it’s not supposed to be serious

Ya there is no news till Monday! It’s considered day to day according to the net

Malkin out 4-6 months broken down mentally

That’s only one more month than Sid missed last year!

he has him mind on swimming with the whales again.

If Penguins officials were aware he wanted traded, and you knew that, why are we just hearing about it now?! I’ll hang up and listen.

Curious isn’t it. An “insider” has a great scoop that no one else has but decides to wait until after everyone else in the world reports it to finally say something….hmmmm