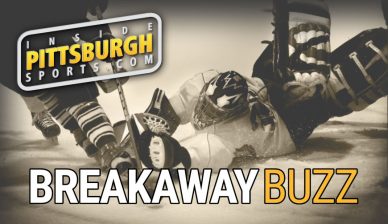 Sullivan the perfect coach In Place for the Penguins Transition Period?

As noted before, Ron Hextall was hired for the fact that Penguin ownership desired a change in philosophy in the style of a General Manager in how to toe the line of remining a contender in the present, while planning and transitioning to maintain a competitive team on a year by year basis as the likes of Sidney Crosby and others age.

Mike Sullivan sure showed last season and is again this season five games in that he might be the perfect coach of playing the game of trying to win now, while having the coach and system in place to remain competitive in the years to come when the Penguins won’t be a realistic Cup contender.

Pittsburgh’s 3-0-2 start has been a coaching master piece and going back to last season this is more than just a 15-20 game window where Sullivan is getting more out of the group than he should be. A system and winning culture no matter who is in the lineup has put the Penguins in position that you better bring your effort level or your going to be run out of the building like what happened to the Maple Leafs Saturday, a 7-1 Penguins thrashing of the Leafs.

That will get results in the regular season.

In fact, Pittsburgh may very well show again months down the road that they’re built more for the regular season than the post-season. Regular season success to go with having the coach in place that can do more with less in getting regular season results, has much more weight now than it did per se for Dan Bylsma in 2014, who at one time early in the 2013-2014 season, some in the organization felt he could have a Lindy Ruff type Buffalo tenure in Pittsburgh.

— One feeling around the league is the Penguins won’t be afraid to add as the season progresses but it will be calculated. The sense seems to be there will be more of an appetite to move a To read this insider news, subscribe to get “Inside Access”!

— Chicago’s trainwreck season continued Sunday night with a 6-3 loss to the lowly Detroit Red Wings. They look like the 05-06 Penguins to the season where you brought in some named players, had a coach who didn’t know what he was doing and were hit with reality right away in getting run out of the building on a nightly basis in playing system-less hockey.

Chicago’s not just 0-5-1 on the season, every phase of their game has been atrocious on a pathetic level most nights.

And what has happened to Marc Andre Fleury. He looks lost out there.

Talk about a team in need of a cultural change.

Hello John Tortorella if ownership and management wants to try to double down on that roster.

— Vegas is off to a slow start and executives continue to buzz about that it’s added even more pressure for the Golden Knights to make a Jack Eichel trade happen. Vegas continues to emerge as a dark horse team for Eichel……

— Prior to the Golden Knights acquiring Mark Stone near the 2019 trade deadline, Phil Kessel was Golden Knights Plan B Option. Then coach Gerard To read this insider news, subscribe to get “Inside Access”!

Happy Halloween npl. Make sure you get a lot of chocolates and candies and continue your journey getting Fat

Hawks lost again must be Fleury’s fault they cant score

Npl suckss.
So does his kind

Sid is back tonight. Def.

You are still waiting for Fleury’s to start.

Yep Crosby and Carter return Penguins continue flop homestand… That is three losses in a row and we have a red hot Flyers team and Wild coming to town.

Smoke and mirrors are wearing off…

Sid and Carter back tomorrow.

I heard that but Crosby was a game time decision vs Calgary and it didn’t happen so we will see….

That will help…. Welcome back # 87
Calgary coming off a big win at Washington Pens must rebound..

All good brother we all want him back..

Crosby ruled out after the morning skate today sorry..

Now u can start watching again

Maybe Eichel will be traded to vegas

I think that is where he is headed ! Rangers are out now since they signed Mika Z to a huge contract, Panarin has a big contract, Fox Norris trophy winner up soon for a new deal, and they have more contracts coming up that need attended to… Los Angeles Kings maybe they need a young center to carry the torch after Kopitar leaves/retires.
Vegas # 1 spot
Kings # 2 spot

Eichel is both overrated and over paid. I would not waste any time trading for him. He has done nothing to earn that contract and he is a terrible on ice leader. He would fit in perfectly in Montreal.

I’m not a big fan either but he seems to be a hot topic and generational player…I don’t see that but he is talented and can be good on the right team. He is certainly not worth what Buffalo is asking

Generational player ?!!
More like generational pain in the asss for organizations
He is another version of Black Kane. Coincidence both those players NPL drools about

He is def not a generational player! Crosby is, Ovie is, McDavid is, he is not even close!

According to NPL he is better than mcdavid

Fraud murray came back from his summer vacation only to play 2 games and now his back on vacation again. What a con man

Your boy Kreider took care of him.

Really that POS should not play in this league he injures goalies for living. In this case we can’t count fraud murray as his victims because he wouldve gotten injured probably in his way home

Tanger has the covid

Malkin to Florida heating up

Lets hope you are correct… Really good player (if what you are saying has merit) we could get some tdecent players back…… I’m fine with Crosby, Carter, Blueger, Boyle or another player..

not sure of this rumor haven’t heard a thing ….

Smoke and Mirrors for the Penguins….. This a great start and I hope this keeps going but we will soon need to get some players back or else…

Here is the thing—The team buys in to the play sound defensive hockey, checking hockey, and disciplined hockey, but the minute the stars comeback that all goes to ****…especially Letang and Malkin.. They wont buy in, they get sloppy,, the get careless and don’t follow what has been working..