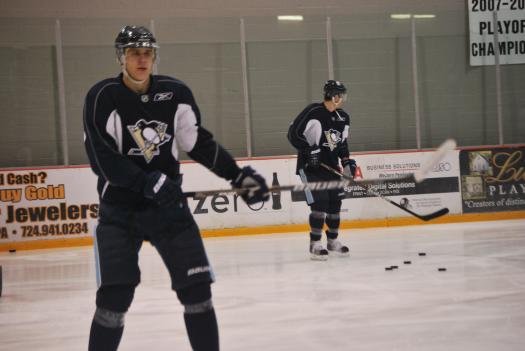 Thursday’s Observations
*It’s hard to come up with an elite talent at the level of Evgeni Malkin who struggles on breakaways to the point Malkin has over the past couple years.
After failing to score on a penalty shot against the Toronto Maple Leafs on Wednesday night, it doesn’t appear Malkin’s struggles on breakaways will be going away in 2010.
He’s one of the most dynamic players in the game, so why isn’t he at least adequate on breakaways?
One issue with Malkin is that he has absolutely no confidence in his ability on breakaways. He has a reputation of believing “he’s not going to score” but the biggest issue is that he doesn’t appear to want to put the extra work in to improve in that area.
Today in practice was another example of Malkin nonchalantly going through the motions during the Penguins routine shootout drill.
Malkin was one of the final players to score, going through the drill about 7 or 8 times and during most of the drill, he was showing little effort and one prominent media member whose been around and in the game for years was astounded at his “i don’t care attitude.”
Malkin was one of the first players to leave the ice and as he was getting ready to exit the ice, head coach Dan Bylsma took him to the side and the two were talking for about three-to-four minutes.
Bylsma and the Penguins coaching staff face long odds in getting Malkin to put his focus on being better on breakaways and most importantly getting him to improve his practice habits in that particular area.
It’s an area of his game that needs to be taken seriously and getting him confident in his abilities on breakaways appears to be a tough obstacle for the staff.
League observers believe the biggest difference between Malkin and Sidney Crosby is little things like this. Crosby never stops working especially in areas that could be regarded as weaknessess in his game.
A good example is Crosby shooting about 15-25 pucks inside the circles or in the high slot just about every practice before the Penguins go into drills.
_____________________________________________________ 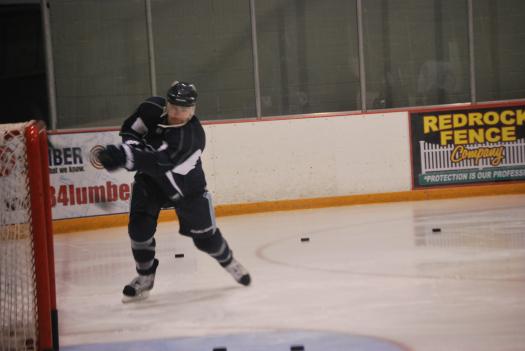 What caught my attention this morning: Before the team went into drills today, Pascal Dupuis spent about five minutes getting passes from Chris Kunitz for a one timer near the exact spot where Dupuis was not able to lift the puck over Jonas Gustavsson on a prime scoring chance set up by Sidney Crosby in the second period of Wednesday’s game. 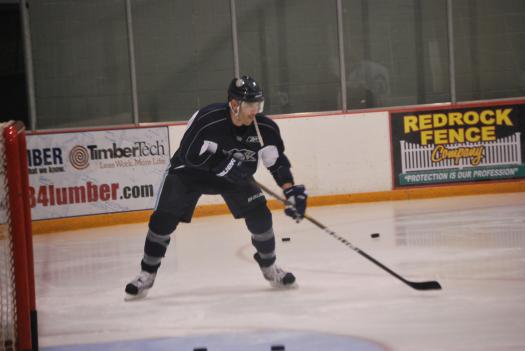