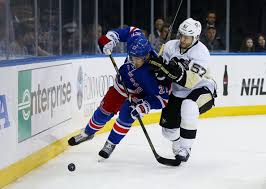 The Pittsburgh Penguins have resigned center Marcel Goc to a one year deal worth $1.2 million. Goc is likely to be slated in as the 4th line center.
He will be taking a $500,000 paycut after making $1.7 million last season.
Goc appeared in 12 regular-season games with Pittsburgh, collecting two assists, while winning 57.3 percent of his draws.
In nine playoff games, Goc led the Penguins with a 58.5-percent faceoff success rate.
Overall last season, Goc had 11 goals and 23 points, between stints with Pittsburgh and Florida.