Monday’s Daily Five Ice Report: Marchand/Crosby What Might Have Been

1. Brad Marchand looking so good on Sidney Crosby’s wing was fun to wonder if the combination could team-up next season (Marchand signing with Pittsburgh as a free agent) or even at the trade deadline with Marchand until today scheduled for unrestricted free agency after the season.

It wasn’t just fans. Marchand was even asked a few days ago at the World Cup about playing in Pittsburgh with Crosby.

Marchand inking an 8 year, $49 million extension with the Bruins brings that type of talk to a thundering halt.

Marchand’s market value was pretty much set with this past summer’s spending as Milan Lucic and Kyle Okposo both netted 7 year, $42 million contracts. On the open market Marchand probably would have got 7 years – $45-$50 million.

With the Bruins able to offer eight years, he will basically net the same amount of money he would have received next summer.

As Crosby nears his 30’s and Chris Kunitz no longer a top flight winger and nearing the end of his career, finding the perfect winger for Crosby is going to be a continuing process for the Penguins and it may never happen.

From next summers free agent crop, there wouldn’t be a better fit than T.J. Oshie, but no chance the Capitals let him get away.

The interesting thing with the Marchand – Crosby talk prior to today’s signing, there was a point during the summer of 14-15 where Pittsburgh was approached [hide] about Evgeni Malkin with Brad Marchand being one of the main cogs Boston was willing to package in such a deal.

However, at that time Jim Rutherford had a mandate from David Morehouse that ownership would not permit a trade of Malkin but if Boston would have been willing to move Patrice Bergeron (They Weren’t), Pittsburgh would have jumped at it and Rutherford likely would have received ownerships blessing.

Interesting enough, it would be Boston now that would say ‘No’ to a Marchand – Malkin type trade.

2. On the Jacob Trouba front, TSN’s Bob McKenzie reported this morning the Winnipeg Jets are eyeing a one-for-one deal.

“The Jets appear to be looking for a high-impact, one-for-one deal,” McKenzie said on TSN radio today

League sources continue to indicate today the Jets would have strong interest in Penguins defenseman Olli Maatta, though, everything I continue to gather out of the Penguins’ organization is that Pittsburgh interest is “lukewarm” as one source put it.

However, Jim Rutherford looks into almost anything so we shall see if the Penguins decide to pursue this or not. For now getting lots of denials they will strongly go after Trouba due to financial demands. 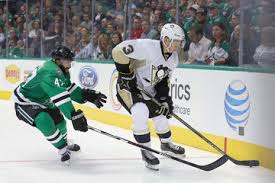 3. Olli Maatta who arrived in Pittsburgh Saturday from the World Cup, was back on the ice this morning. One area Mike Sullivan talked the Penguins are trying to improve with Maatta is his quickness.

“Olli’s a young defenseman, I think sometimes we forget the roles we put him in,” Sullivan said. “We put him in a significant role, he played top-four minutes most of the year for us as a 21-year-old. I think that speaks volumes for how this coaching staff feels about him as a player and a person. He’s got great hockey sense, he’s very competitive, but we believe Olli has a great opportunity for his game to grow to another level as well. We are constantly striving to get better and as young as Olli is, we think his game can get to another level. We’re going to work with him in a lot of areas this year. We certainly spent a lot of time with him trying to improve his foot speed and his quickness and things of that nature and will continue to do that for him.” 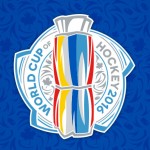 4. Much discussion around the league whether the World Cup will continue. Those involved (players, coaches, management) in it are emotionally invested, while the other side of spectrum from NHL folks seems to be ‘hey it’s good publicity for the league and it’s nice to watch some quality hockey in September but at the end of the day it’s exhibition hockey that impacts the NHL season for clubs due to injuries.’

Marian Gaborik is the latest prominent player to suffer a significant injury.

Per Kings GM Dean Lombardi, Gaborik will be out eight weeks because of foot injury incurred at the World Cup.

— John Tortorella put his hockey club over the weekend through the most grueling skating sessions many observers had ever seen and was backed up by the players. Columbus went out Sunday to lose to St. Louis 7-3 and 5-0 in a unique split-squad situation where the two teams played each other at home and on the road in one day. Tortorella doesn’t care. “Let’s not make any judgments here as far as today,” Tortorella said, per Aaron Portzline of the Columbus Dispatch. “Today was going to be a mess. I give the guys credit. I’m not being negative about the team. They did what we asked of them (the first three days). They pushed. They gave it to us there and it suffers in these games.”

— Concussions has the playing career for Clark MacArthur of the Ottawa Senators up in the air. MacArthur who has battled concussions the last two seasons suffered another one after taking a hit in a scrimmage on Sunday.

— Coyotes forward Tobias Rieder is another young RFA in a contract stalemate. Rieder’s agent David Ferris went public to the Arizona Republic with the contract details, saying the player is asking for two years at $2.5 million per season.

With so many teams looking to get faster, there is said to be considerable trade interest in Rieder, one reason Ferris is believed to have went public.

He has a real chance to be #SomethingSpecial

Easy… Sestito is amazing but he’s no Jeff Zatkoff

international hockey is pointless and boring

Yeah – the game really goes down hill when they take the best players and get rid of the grinders.

It just doesnt interest me…I get no national pride from USA beating anyone and i dont feel remorse for USA losing to anyone…..Plus sam loves it….so it cant be relevant…just like the Habs

I have a hard time rooting for any team Tortz is involved with.

Never said the product wasnt good..but i wouldnt go out of my way to watch it like i would a pens game…so therefore im not as entertained by it, i get no feeling from it

I feel the same about the WC when it is played in May
you have B and C teams of the national except for Russia minute their playoff team is out their stars hope onthe plane the next day
Ovechkin,Malkin for example

The WC wasn’t played in May. The WC is going on now.

Try touching your penis while you watch…

You just like it because it’s the only time Canada wins, anything.

Miserable on ice since 1996

You just hate it because your USA team is exposed to be bunch of frauds that only play dirty and this shows without Canadians they can’t win the cup as I said if you have all the Canadians back in Canadian teams US team would never win the cup go thanks jew bettman. Without him Canadian teams would win more and have more empty arenas in the states

Imagine how many fans they would get if their welfare covered hockey tickets!

Funny. Lot of empty seats to watch team Canada. Best fans in the world! (You do realize they make you buy the preseason games with season tickets. Sold out!!!)

Canada wins in exhibition games such as these because they don’t matter. When the chips are on the table, they spend decades in futility. #1993 #SuburbOfUSA

Incorrect assessment on why i dislike international hockey

lol what might have been. Yeah the pens would have had marchand and one less stanley cup, damn missed out on that one.

Moreheist is the worst. He blocked Shero from moving st bluery and now we find out he blocks a Malkin deal. Way to go jerk. Those are easily the worst 2 contracts on the pens team.

Did Sam fill in as a ghost writer on this article? I’very read it twice now and still trying to comprehend some of the horrendously written paragraphs.

I love the irony of the “daily” 5. Kind of like the irony in Sam talking politics. Or hockey. Or merely talking. Period.

Slow down. You’re not one of the cool kids.

Beating a dead horse as usual. They love to feed the trolls. If you didnt feed them they would go away.

How did that Perron trade work out?