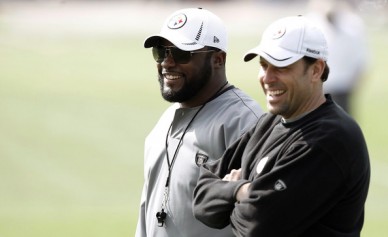 LATEST STEELERS RUMORS
With the Steelers cooked, it’s never too early to look towards 2014. What Steelers fans should expect is one major assistant coach change and the chances are greater of it coming on the defensive side of the ball.
While Todd Haley’s future has always been up in the air, there seems to be a feeling right now inside the organization that the offense is trending up and the chances are greater of Haley getting one more year at the helm.
When it comes to coaches, where the big change is likely to come is on the defensive side of the ball with Dick LeBeau being transitioned out.
The only question is whether the Steelers will stay in-house. The plan all along has been to make linebackers coach Keith Butler the defensive coordinator once LeBeau stepped down but don’t the Steelers owe it to themselves to consider all options? Butler is a good coach and deserving candidate but the Steelers haven’t exactly developed young linebackers into true starters over the last several seasons.