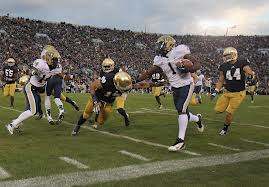 STEELERS INTRIGUED ABOUT GRAHAM
The Pittsburgh Steelers added former Pitt star Ray Graham to their practice squad this week and his stay on the practice squad is expected to be short lived. The Steelers appear intrigued about Graham and according to Steelers Insider Ed Bouchette of the Post-Gazette, the team plans to sign Graham to their 53-man roster.
From Bouchette — “They told Graham once he picked up their offense, perhaps in a week or two, they’d sign him to their 53-man roster. It was good enough for Graham to leave the familiar offense of the Texans, who actually had put him on their 53-man roster and two bigger paychecks.
Pre-knee injury Graham was projected by many scouts to be a second or third round prospect and he went undrafted in last years draft. The truth is that pre-knee injury Graham was on a different level than Steelers second round pick Le’Veon Bell.