The celebration continues in Washington

At least for one night, no Stanley Cup hangover in Washington. Alex Ovechkin and the defending Champs raised their Stanley Cup banner and roared to a 7-0 thrashing of the Boston Bruins. 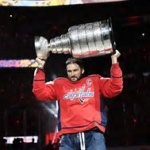 Washington scored 24 seconds into the game on a T.J. Oshie goal and Evgeny Kuznetsov scored a 1:23 later as the Capitals led 2-0 just a 1:47 into the game.

They never took the gas off the pedal.

Kuznetsov had 2 goals in the win and Nicklas Backstrom added 3 assists to lead the way for Washington.

The obvious storylines for the Capitals entering the season is what type of Stanley Cup hangover if any they will habe and the loss of Tom Wilson.

Neither were issues for one night.

The surprise of opening night was how well the Montreal Canadiens played the Leafs. Montreal played a much quicker game than were accustomed to seeing. The Habs were pushing the pace quite a bit and out-attempted the Leafs 63-47 during 5-on-5.

Montreal, though, doesn’t have Auston Matthews or John Tavares.

Tavares scored in his Leafs debut and despite not a great game by any means for the Leafs as a whole, this is a scary team down the middle with dynamic wingers. They’re only going to be stronger upfront when the William Nylander situation is resolved.

That defense is a concern but then there’s Auston Matthews who can hide so much.

A 2 goal night, including the overtime winner, Leafs management needs to stop fretting about having to pay Matthews Connor McDavid money because its going to be the cost of doing business. Matthews isn’t taking a dime below $12 million and the Leafs know it.

One major positive for the Leafs on opening night:

Mike Babcock is actually going to roll out a top power play unit with Auston Matthews on it.

The San Jose Sharks were at 70% in possession and 75% in Scoring Chances Percentage and lost 5-2 to the Anaheim Ducks. Those nights will happen.

The addition of Karlsson gives San Jose the makings of being a force and one of hockey’s best watched teams this season.

Despite the loss, there were signs of how difficult the Sharks will be to play against.

Their big boys were possession monsters in the loss.

Just my opinion, but a suspended Wilson SHOULD NOT have been allowed to skate out on the ice for the Banner Raising. He should have been in a suit on the bench.

Matthews not taking a dime below 12 is why the Nylander thing is taking a long time. With Marner projected as the teams potential top scorer this year? If he hits that milestone then he is also looking at 10MM+… not saying that he is absolutely worth it but if he outscores Matthews his agent will be all over it.

the salaries will distroy the game for the fans. I missed four games from 1971 thru 1995. They will price themselves out. Sad.