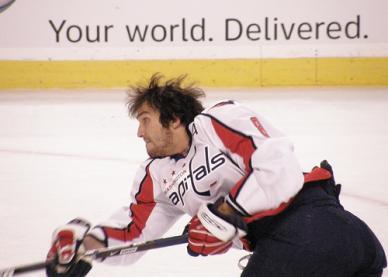 The Pittsburgh Penguins are 0-3 against the Washington Capitals this season but is getting a win on home-ice against Washington Tuesday night absolutely necessary for the Penguins heading into the playoffs?
Head coach Dan Bylsma has gone out of his way to make a point that the last two games against Washington could have went either way as the Penguins lost in overtime and a shootout.
Beating the top teams in both conferences has been a struggle for the Penguins this season. Pittsburgh is a combined 7-19 against the top twelve teams (excluding Penguins) in the standings. In the East, Pittsburgh is 0-3 against Washington, 0-6 against New Jersey, 2-2 against Ottawa and 3-1 against Buffalo.
In the West, Pittsburgh is 0-1 against San Jose, Chicago, Vancouver, Phoenix, Los Angeles and Nashville. Pittsburgh is 1-1 against Detroit and 1-0 against Colorado this season.
In 2008-2009, Pittsburgh was 15-15 against the top-6 teams in the Eastern Conference (BOS, NJD, WAS, PHI, CAR, NYR) and 5-3 against the top-6 teams in the Western Conference (SJ, DET, VAN, CHI, CGY, STL).
The Penguins were 10-10 against the Eastern Conferences top-4 teams last season, compared to a 5-12 record against the conferences top-4 opponents this season.
*After clinching the Presidents trophy and playing back-to-back games, will the Washington Capitals consider sitting some of their stars against Pittsburgh? Capitals Head coach Bruce Boudreau has not ruled out the possibility.
In the Capitals 3-2 overtime win against the Boston Bruins Monday night, Boudreau rested defenseman Mike Green. Although it’s hard to imagine that the Capitals will sit back against Pittsburgh, Boudreau may rest a player or two that is banged up.
Boudreau announced over the weekend, that he will rest key players down the stretch.
*Neither Alexander Ovechkin (46) or Steven Stamkos (46) have been able to run away with the goal scoring lead. Both players remain a goal behind Sidney Crosby (47) who has just three goals in his last 16 games. The battle for the Rocket Richard award will go down to the wire.
*The playoffs begin next Wednesday and the 2009-2010 regular season has gone by quickly.