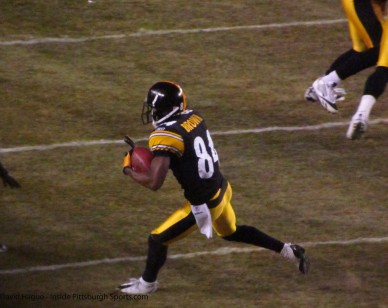 The Pittsburgh Steelers in the ultimate power move, had a deal in place to send Antonio Brown to the Buffalo Bills which for the way Antonio Brown lives his life, would be going to football Siberia. He would rot in Buffalo.

It was just too good to be true and unfortunately it is.

Sources: The #Steelers are closing in on a deal to send star WR Antonio Brown to the Buffalo #Bills. There it is.

NFL Network Reporter Ian Rapoport broke the news just before midnight that Brown was heading to Buffalo, also doubling down it was going to get done after the initial tweet, but the reporting would end up blowing up in Rapoport’s face Friday morning as he pretty much forget in his reporting to take into account that there would be a very strong chance of great pushback from Brown and the agent Drew Rosenhaus of Brown being willing to go to Buffalo.

Brown and Rosenhaus are showing here that they have some control in this situation as no team is going to officially go through with a trade before knowing for sure if Brown will even report.

Buffalo got cold feet once word started to reach the Brown camp that a deal was getting close and the Bills were not willing to negotiate a new contract for Brown, at least not immediately.

Brown has sabotaged the Steelers in getting much of any value in a trade for reasons even beyond Brown being unhinged and a raging lunatic.

The worst kept secret around the NFL is that Brown is drowning in debt and his trade market is so weak right now because General Manager’s are well aware if they don’t rip up his current deal and give him a new contract loaded with guaranteed money, he’s going to be a major problem, potential holdout candidate and a distraction before he even steps on the practice field.

Rosenhaus privately made this known to teams gauging for info at the combine. Brown has orchestrated Rosenhaus to get him a new contract at all costs and it’s Rosenhaus job to find that team.

Therefore, multiple teams that were internally discussing Brown took themselves out of the mix after the combine for this reason, while the Mr. Big Chest ESPN interview was viewed as so bad by NFL execs, it’s even had Jon Gruden’s Oakland Raiders taking a step back from talks over the last week as Brown appears to be too much of a headcase for them at this point, though, as the Steelers price gets lower many have sensed Oakland would re-emerge.

Team after team has dropped out and word this morning is with the Buffalo Bills bailing out, the Steelers are back to square one.

Good management teams adapt on the fly and we will now see what Kevin Colbert & Co are made of.

Colbert has insisted they will not release Brown under any circumstances but things are reaching the point where you have to eliminate the distraction even if it means releasing Brown.

Move on and start building your football team.[/hide]

Drowning in debt? Wow- if there is any truth to that – what an idiot

Great job Steelers. Played this well with your artificial deadline.

lol but it’s Ben’s fault. I also love how big of a hypocrite LeBron is, talking about “owner’s mentality” when he just tried to have basically his team traded for Anthony Davis

Part of me wants to see him in SF… but there is so much baggage. I want to believe its him acting like a child because he is unhappy and trying to force the hand of the Steelers but it seems like too big a risk

It might be worth it for the long term future to let him rot this season. Tell him to report per his contract. If he acts up….suspend him. If you somehow have to contractually pay him to sit….pay him to sit. Don’t reward this clown with what he wants. It’s time for negative reinforcement. Obviously you take a hit with wasted cap space, but the ramifications will live on long after this POS winds up broke and homeless.

I’d let him rot all 3 and ruin his career.

If he is drowning in debt, can he afford to “get suspended”, cause that means no pay Ese

What is the difference if they trade him or let him rot? Still costs the same on the Cap hit…right?

For the upcoming year, yes. Trading him now would give them the cap space for the last two years of his contract.