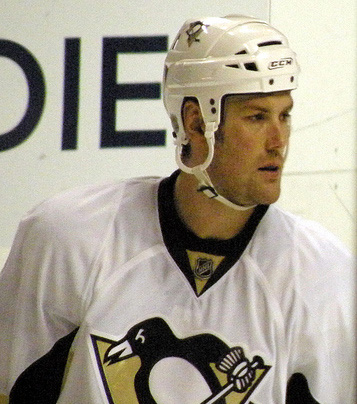 The dates are set for when the players will have the Stanley Cup. It will start here in the States and then make it’s way over to Europe.
There is word that Max Talbot may be sticking around Pittsburgh with the Cup as a close friend tells me it is set in stone that the Cup will be at Nakoma Restaurant on the South Side later this month/early July.
Evgeni Malkin will be one of the last players to receive the Cup and will get it on August 17th. Players such as Evgeni Malkin, Sidney Crosby will get the Cup for two days.
The Latest Penguins Free Agent Buzz
There has been little talk between the Penguins and defenseman Hal Gill to this point.
Sources indicate Ray Shero has spoken to Bill Guerin, Rob Scuderi and Ruslan Fedotenko. As we mentioned a few days ago, a Proposal has been made to Fedotenko.
A source tells me Bill Guerin may wait to see if the Penguins have
space for him until late July. He has that much interest in returning to Pittsburgh, according to another source but it would be a risky move for Guerin.
Pittsburgh is currently having serious internal discussions about going two years. The issue for some higher-up’s in the organization is that if Guerin’s game takes a tailspin and he retires, Pittsburgh is stuck with the cap hit no matter what, per CBA.
For the Penguins right now, Salary Cap is a big issue.
Shero does not want to paint himself into a corner like he did at the trade deadline. The Pens will allow WBS players to compete for some of the roster spots.
*I spoke to David Quinn, assistant coach of Boston University the other day. Quinn seemed somewhat surprised that Brian Strait has decided to sign with the Penguins.
When I spoke to Quinn in early May, he told me Brian was leaning towards returning to school. The coaching staff for one, felt it was in the best interest for Strait to return for his senior season.
While Strait is regarded as the top defensive defenseman in the system, Quinn indicated that is one area where Strait needs more consistency and a reason he felt he should return to school.
Nonetheless, Strait was told he will compete for a roster spot.
Brian Strait reminds Penguins scouts of a future Rob Scuderi.