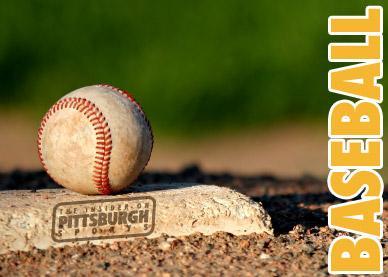 Bell at age 26 has entered superstar status and his ability to smash the ball makes him must-watch TV every night.

Yet, Bell’s prominence is having little effect in getting butts to the ballpark or bringing excitement to the fan base beyond the hardcore fans. For every great story like Bell, Bryan Reynolds right now, two players the fan base should be very excited about moving forward, there’s 4-5 doom and gloom management decisions or lack their of that kill the buzz and many just don’t want to get suckered in because they know how this story will end.

If this is who Bell truly is, fans are already taking the stance he’ll be gone in 2-3 years (Pittsburgh has three years of control beyond this season) ‘why should we go out and get attached’.

That’s life, though, as a Pirate fan with Bob Nutting at the helm. Still, we’re watching greatness with Bell right now. Enjoy it.

2. The Pirates internally were always going to be feel fine if Tyler Glasnow went to Tampa Bay and turned his career around like he has prior to getting injured. They felt it was just never going to work here. They can live with that.

Austin Meadows is what stings so much. There were many in Neal Huntington’s ear at the time who were against including Meadows for Chris Archer but Huntington eventually went against what he believes in and pulled the trigger on the deal. The Pirates knew at the time they weren’t getting Archer if they didn’t include Meadows.

Meadows being this good is just a devastating outcome for the Pirates.

All these years the Pirates wait for Starling Marte and Gregory Polanco to magically turn into something (they’re still waiting), they have to watch Meadows turn into an All-Star caliber player less than a year after trading him.

Bell-Reynolds-Meadows would have been a nice foundation to build this thing back up over the next couple years. 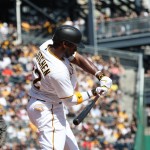 3. The Pirates are not the only team they traded with who got severely burned in trying to make a win-now move.

Falsely believing they were going to complete, the Giants now in rebuilding mode got a couple months of nothing for Andrew McCutchen last year while Bryan Reynolds is showing signs of being a core player in Pittsburgh for years to come. The Archer deal has major long-term consequences that is always going to be attached to Huntington, but the return for McCutchen has now turned into a best case scenario where the Pirates turned a fading player into a young starter level player with years of control. That’s what you have to do with how the Pirates are ran.

4. The surprise of the first two months of the season has to be Kevin Newman. Nobody including the Pirates saw this coming from Newman in year 2.

Now in the leadoff spot, Newman is hitting .341/.398/.471 on the season. So far he’s 5-18 from the leadoff spot. With Cole Tucker’s bat needing so much work, this has been a must development for the Pirates in Newman surprisingly showing maybe he was worth being a first-round pick. Will be interesting to see where this goes.

5. How much longer can the Pirates hang around?

With no pitching help on the horizon, they posted a 6.19 ERA in the month of May, had a minus-45 scoring differential and somehow went 15-14.

Got to love blues fans they are soo loud. If only our museum in Pittsburgh was half of this noise

Rumours have Taylor Hall not wanting to reup in NJ? I’d move Kessel in a heartbeat to land Hall although I’m not sure what else they can afford to dump for the rest of the deal…. Maatta? Probably a pipe dream but interesting turn of events if accurate

Pens are never going to trade Letang. The Lemieux – French Canadian relationship is too tight. Just another reason to hate everything French.

Pens are never going to trade kessel the npl and his hotdog cart relationship is to tight .
Another reason to hate Fat slob Americans

Malkin and Kessel were front and centre in both cups…. Letang is expendable

Kessel should have won the 2016 Conn Smythe… Malkin led both cup winners in production! Not even remotely close to Neal, either of them. You’re just a fucken dumbshit so blinded by his own personal biases that you can’t, for a single minute, be honest about any of this shit. Kessel comes with value, he is a premiere offensive player who had some of his best years in Pittsburgh. He can be a liability defensively yes but the right voices can get him to buy in. Losing Tocchet was a major blow to his game overall but he was still… Read more »

Fun facts: of all the players in the NHL from 2006 to now

Pens won the Cup in 2017 without Letang. Theyve looked awful defensively ever since. Seems like a no brainer to trade Letang and his salary.

Pens won the cup when con mans showed up to play in playoffs. Trade them and get then full time players not part time star players. Kessel and Malkin

But…but…but. We need zerotools and some other morons approval. They seem to be happy with their few times showing up winning the cup and disappear most of the time in the playoffs in 15 years Crosby went to WC 2 times. 1 was his rookie season or so and the other time was few years ago. Our Russian is the other way around he probably missed WC few times because he was playing with the penguins to the final other then that he is on the plane the next penguins are out. Try to win gold vs B or C… Read more »

Imagine arguing that its dumb for a fan to be happy when his/her team only wins the Cup a “few times.” THEN making an argument for a pointless tournament that no one really cares about.

Pens have won 3 cups in the last decade… tied for the most in the cap era and this dumb fuckk is upset. Its never not funny

So Enjoy the frauds then up until they have no value

You’ve watched the Habs suck donkey cockk for 26 years with players nowhere close to their ability yet can’t not jerk yourself off to them on the regular. Who the fuckk are you to talk you fakeass Pens fan

Dude literally admitted the Pens won because of those guys but thinks they are replaceable lol. Having one dude tug your nuts out here may be validation to you but it’s laughable to the rest of reality. This team would need one hell of a return to not get smoked on a Malkin deal.

If Montreal had Malkin they make the playoff this year lol

On that note… between 2010 and 2014 how many cup teams were let down by fuckawful goaltending?

He was literally pulled for the back up during that stretch. As much as I’ve defended MAF for the overbearing nonsense he fucken came unglued in 12 and 13 completely and totally.

Vs flyers that season fleury was also mentally tired. When he played a lot of games that season when BJ was not able to give fleury a night off since he was getting pulled often

Hopefully you would have left…

In the finals? Most likely you dumb cuntt…

Would’ve been Sam(e)? It certainly wouldn’t have been, as you’ll never be there, by the grace of God.

Chris Archer was a good signing he pitched well last year and is starting to come around this year.. look Tyler Glashow had plenty of chances in Pittsburgh…..he was inconsistent