Tuesday’s Practice Buzz: Bennett back on second line; Who comes out with Martin’s expected return? 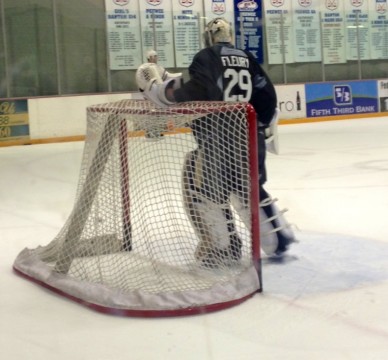 TUESDAY’S PRACTICE BUZZ
Winger Beau Bennett is back with the team this afternoon and is skating on the second line with James Neal and Evgeni Malkin. Due to Malkin’s injury that sidelined him for four games, and Bennett being re-assigned yesterday in a paper move, the Penguins have not been able to see Bennett with Malkin much at even strength. There has been some concerns internally about Bennett’s play at even strength I’m told and these next handful of games are going to be big for him in that role.
The trickle down effect of the Penguins having 13 healthy bodies upfront is Dustin Jeffrey back to a 4th line/extra forward role in today’s practice:
LINES
Chris Kunitz – Sidney Crosby – Pascal Dupuis
Beau Bennett – Evgeni Malkin – James Neal
Matt Cooke – Brandon Sutter – Tyler Kennedy
Tanner Glass – Joe Vitale – Craig Adams/Dustin Jeffrey
Tidbits: Defenseman Paul Martin is a full participant in today’s practice and looking like a good bet to play Thursday night in Philadelphia. Who comes out of the lineup? That will be interesting as Simon Despres has played very well the last two games but Bylsma has been really pleased with Mark Eaton’s play as he’s provided basic fundamentals with his positioning that a number of the Penguins other defensemen have lacked.