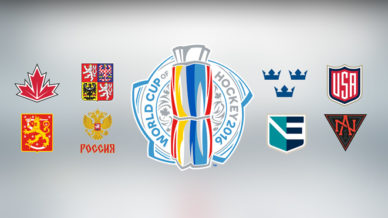 The World Cup started with what many view as a stunning upset in Team Europe defeating Team USA 3-0 on Saturday afternoon.

From naming John Tortorella head coach over a year ago, it was clear what type of team the U.S. was going to build. It wasn’t going to be one made up of a bunch of Phil Kessel’s and Tyler Johnson’s.

Before the drop of the puck yesterday, the U.S. was always going to be the team under the most scrutiny because of the way they constructed their roster.

Yesterday’s loss now has all of the critics coming out of the wood work. Not to mention lineup decisions like scratching Dustin Byfuglien who some believe was scratched because he spouted off about not being a fan of playing forward earlier in the week.

It wasn’t just that Team Europe upsetted the U.S., it was how flat the U.S. looked, despite a 35-17 edge in shots.

John Tortorella expressed disappointment afterwards about struggles for the U.S. to create high quality chances. Players talked about how “tough” it was to score.

This was a team built to bully the opposition and everything was predicated on that no team was going to be able to out-skill Canada, therefore, the U.S. management team decided this type of roster was going to be the only way to knock off Canada.

They studied the 1996 World Cup team like crazy in believing character was more important than skill.

Being so fixated on Canada means nothing if you can’t take care of business against teams you should beat.

“This is not a marathon, this is a sprint,” Tortorella said. “We’ve put ourselves in a spot, now we’re chasing. We’re chasing the tournament.”

For all of the criticism about how Team USA’s roster has been constructed, there was a lot more talk among coaches, scouts coming out of the Exhibition round that Team USA projected to be the toughest competition for Canada than anyone else.

“I was shocked by what I saw, an NHL assistant coach told Inside Pittsburgh Sports of Team USA’s performance. “Thought for sure they [U.S] would roll through the European teams [in their group],” the coach added.

The U.S. has now put themselves in a must-win situation Tuesday night vs Canada, quite the tall order, and Carey Price is no longer rusty like he was in the Americans 4-2 win last week in exhibition play.

Tuesday night will also be a game with reputations on the line.

Team USA has been shutout in three straight international games dating back to Sochi and John Tortortella’s fading reputation is certainly on the line.

For a coach whose style and tactics have been looked at as being out-dated, this was going to be a huge tournament for Tortorella.

The loss to Team Europe only adds fuel to the fire for how he is now viewed. 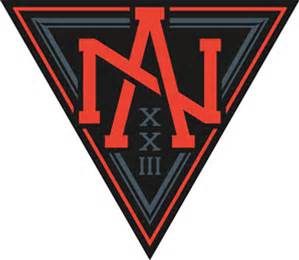 “That kid is going [hide] to be special,” one scout said of Murray. “He has all five-tools we look for in identifying elite goaltenders,” the scout added. “The sky is the limit.”

Just from practices alone, Murray established himself as being head and shoulders above John Gibson who is no slouch and the respect he has from his North America teammates is impressing quite a few around the game.

Players have marveled about how difficult he is to score on.

“They’re [North America] going to play their way and take chances because they have confidence in the backstopper behind them,” one coach said of the North American group. ”

As dangerous as some see North America being, their chances of advancing figure to come to taking one of two against Sweden and Russia.

Murray is going to be tested and will likely have to be North America’s M.VP. for them to get to the semi’s.

North America opens up play on Sunday vs Finland at 8:00 p.m. They face Russia Monday night with puck drop at 8:00 p.m. and wrap up the tournament against Sweden on Sept 21 at 3:30 p.m.

— Many are buzzing about Henrik Lundqvist who allowed 8 goals in two games during exhibition play. It’s not Lundqvist’s performance in the exhibition round that has some wondering if Lundqvist’s days as King Henrik may be coming to an end soon, it’s how he looked near the end of last season and the way he’s getting beat.

“He’s getting beat high and that’s the first sign of decline in older goaltenders,” a scout said. “Pittsburgh targeted [Lundqvist] high as hell glove side and you saw the results.”

Lundqvist posted an .867 save percentage in five playoff games versus the Penguins. In the regular season he allowed 39 goals in his last 13 games combined.

New York has earned praise around the league on how they rebuilt their forward group with more youth and speed. However, they allowed the most high danger scoring chances last season among playoff teams and if Lundqvist’s game slips just a bit as it did near the end of last season, they could see a 7-8 point decrease in point total. [/hide]

ESPN seems rusty on their hockey coverage. Linda Cohen’s cackling and Melrose and Levy’s comedy routine makes this unwatchable. Bucci and Weekes are ok. I hate Melrose and I question his hockey knowledge.

Saying their hockey coverage is rusty implies it was ever good.

Love the scouts take on Murray, kid may be the absolute real deal here. Pens tending this year is gonna be amazing as a whole… According to the hockey news they will win a combined 68 games lol

Torts is a fucken buffoon. The fact that his teams have been meh and players fucking hate him should have been enough to leave him alone. US has a strong group if Torts was paying attention to winning as opposed to gooning vs Canada. Canadians have seemed to gel fast, pre-tourney helped and CZH is not exactly as strong as they once were but… Torts is a stupid yoda/samhole

When does Lake get fired for failing to develop a DB?

Dumb ass Americans always excuses when they lose last time they hated DB now tortz. Suckss when u have only 2 coaches to choose from since all the greats are Canadian coaches. Hey maybe sully can be next US coach once sid makes him look good just like he did for that fraud DB

Nice article. Tortz needs to retire from everything hockey.