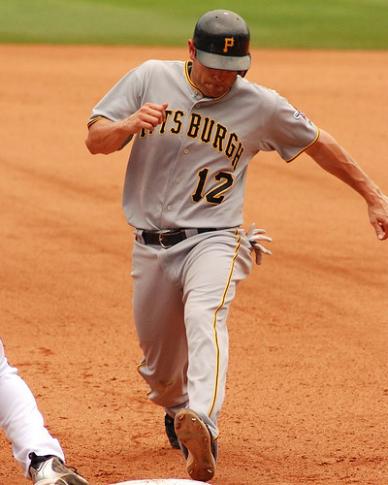 The Pittsburgh Pirates have completed a trade as the Pirates will send All-Star second baseman Freddy Sanchez to the San Francisco Giants in exchange for Class AA pitcher Tim Alderson.
Alderson is the Giants #3 rated prospect and their 2007 first pick.
Alderson, 20, (6-6, 220lbs) is 5-1 with a 3.47 ERA and a 1.24 WHIP in 13 starts for Class AA Connecticut.
Alderson’s fastball sits in the 90-93 MPH range. He has great command and if his off-speed pitches keep developing, he projects to be a top of the rotation starter.
Acquiring Alderson for Sanchez is regarded as a great return for the Pirates as it was widely believed that Alderson was an untouchable.
Alderson was rated as the 26th rated prospect coming into the season by MLB draft insider Keith Law.
“We are pleased to bring in a pitcher as highly regarded as Alderson into our system,” said Pirates Senior Vice President, General Manager Neal Huntington. “He has the quality size, frame and athleticism and an advanced feel for pitching at his age. His has solid arsenal of pitches with plus command that has allowed him to moved through the deep Giants system at an accelerated pace.”
Alderson will report to Class AA Altoona.
The Giants get much needed help at the plate in acquiring Sanchez who is hitting .296 with six home runs and 34 RBIs.
The former batting champion was told Monday afternoon that a deal was close and that he would not be in the lineup until after the July 31st trade deadline.
*With the acquisition of Alderson, the Pirates organization now has four of the top 75 ranked players Baseball America entering 2009 playing for Double-A Altoona Curve (Pedro Alvarez -12, Tim Alderson – 45, Gorky’s Hernandez – 62, and Jose Tabata – 75.