Daily 5: One trade route Penguins should be exploring, cat and mouse game between Leafs/Penguins & more 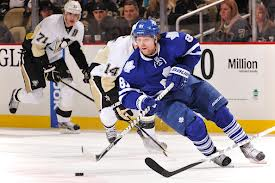 *Rumblings, Musings, Opinions*
1. Coming out of the draft, no harm in Jim Rutherford being patient, especially after all of the Penguins winger targets stayed put, but you can’t come out and say it was a great weekend for the Penguins just because they stood pat and didn’t do anything stupid. There was at least a need to move some of the dead weight on the roster and the draft is the best time to do that.
In the deepest draft since 2003, especially at the forward position, it wasn’t a draft you wanted to be left out of the first round. The New York Islanders came into the draft with no first round picks, they left the draft with two first round selections, including the No. 16 overall pick, which would have been where the Penguins had selected.
There’s always this talk of the Penguins needing to trade one of their top young defensemen/prospects for a big time top-6 winger, a James Neal type trade, but moving some of these young d-men for young winger prospects who are close to being NHL ready or what the Islanders did in getting the 16th and 33rd pick in a deep draft for defenseman Griffin Reinhardt who was the No. 4 overall pick in 2012, is another route the Penguins should be exploring but they haven’t been willing to go there.
2. The Penguins and Leafs are playing a game of cat and mouse. Jim Rutherford is touting that there are more top-6 wingers available than chairs and now talking to the local papers about maybe the Penguins just need balance 1-13 over a big splash. However, Kessel remains the true No. 1 target and the ball is in the Penguins court. As one source close to the situation said Sunday, it took months for the Rangers and Blue Jackets to finalize a trade for Rick Nash a few summers ago, finally one side decided to blink, and this could be one of those situations again.
However, what gets interesting is if the Penguins go out and dip their toes into free agency a bit, Kessel deal never happens, and get stuck in a situation where they can’t move some salary out later in the summer as Toronto was the one situation this past weekend where they were willing to take some bad contracts off the Penguins hands, notably Rob Scuderi’s deal.
Other than Toronto, the Penguins had had an opportunity to move Chris Kunitz for a pick to a Western Conference team but held out of doing that.

3. Mike Babcock’s comments at the draft
“The number-one characteristic of a Toronto Maple Leaf is a good human being. Period.” Babcock said. “So if you don’t fit that, you’re not going to be here. Anything that’s been going on is going to get cleaned up. “We’re going to be a fit, fit team. We’re going to be a team that comes to the media everyday, after a win, after a loss, after practice, and owns their own stuff. Period.”
Pretty clear who that was pointed at. 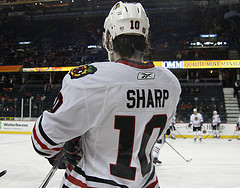 4. Another reason for Jim Rutherford being patient on the trade market — The Penguins are confident that they can potentially not only match up in a trade for Kessel, but also Jeff Skinner or Patrick Sharp. If they miss out on one, the Penguins brass believes they would still have a legitimate shot to pull off a trade for another based on talks with those teams. A source described an acquisition of Sharp as being the less costly in assets, but most complicated now because the Penguins will have to move salary in other deals, while some parameters discussed with Toronto, Carolina had salaries going the other way that would make things work for the short-term. As for T.J. Oshie, he’s not viewed as a realistic target anymore, per a source close to the situation. 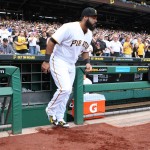 5. Since May 12, Gregory Polanco is hitting .201, while Neil Walker and Pedro Alvarez have combined for two home runs in the month of June. All you had to do Sunday was listen to Clint Hurdle to see how frustrated he is right now with some players, notably Walker and Alvarez.