Latest Pens Buzz: Talk of ‘Less minutes the better for Kris Letang’ is a great unknown for 2018-2019

Kris Letang is the Penguins biggest storyline in 2018-2019 because of him being such an unknown of whether Letang getting back into that top-10 to top-12 hemisphere among the best d-men in hockey is even possible for him anymore.

This time of the year and when training camp opens is all about feel good stories.

Buckle up for them.

There’s probably going to be 10-12 ‘Kris Letang is primed for a big bounce back season’ stories out there if not already, ‘Kris Letang is in the best shape of his life’ (the annual training camp storyline in every sport) and so on.

Give it three days into camp and one of the local publications in town will be calling Jack Johnson a ‘great signing and perfect fit’.

Turning 32 in April and the wear and tear his body has taken, it’s more likely than not that Letang’s peak of being a No. 1 caliber top-10 defenseman in the NHL is over.

Based on the limited amount of trade interest in Letang this summer, that’s how Letang is seen around the league.

That doesn’t mean Letang won’t and can’t be an impact player anymore.

Pittsburgh just needs him to play like a very good No. 2 defenseman, not at the third-pairing level he was at for stretches last season, most notably in the postseason.

2. Will less minutes actually happen for Letang and would it lead to less mental mistakes?

Penguins GM Jim Rutherford has said multiple times this summer that limiting Letang’s ice time is a top priority for the upcoming season.

Among the tidbits from Rutherford this summer that were eyepopping was the notion that tailoring back Letang’s ice time will lead to less mistakes.

That’s an interesting take for a player who carries the 7th highest cap hit in the NHL this season among defenseman.

The start of the regular season will tell the story of whether the coaching staff has it in them to decrease Letang’s minutes to 22-23 a night.

Coming off a major neck injury, the coaches threw Letang to the wolves last October in playing him over 26 minutes a game through the first 13 games of the season. Letang was a minus-14 in the first month of the 2017-2018 season. He also appeared in three back-to-backs that month, a regret in the organization where they now believe the team should have been much more cautious with Letang to start last season.

Letang has been a 25 minute per game defenseman since the 2010-2011 season. He’s wired to play heavy minutes. Trying to drop his minutes now would also be an adjustment for him.

Rutherford was quoted in June as saying “when Letang plays less is when he plays better.”

Problem with that belief is that there’s no proof yet that backs it yet.

Letang’s best stretch defensively, maybe in his career, was at certain points during the 2016 playoff run when Letang averaged 28 minutes a night that postseason. 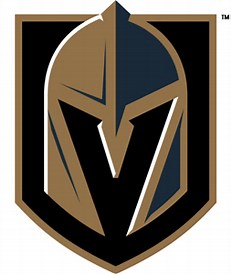 3. Was a Letang to Vegas trade discussed in late June?

5. — Jack Johnson was on the Penguins radar months before July 1. Prior to the Brassard trade, Pittsburgh and [hide] Columbus had spoken about an Ian Cole – Jack Johnson type swap, league sources say. There was a hockey trade to be made but it would have been costly for the Penguins in draft pick compensation to get Columbus to retain a dime of Johnson’s salary.

If Johnson was on the Penguins last spring, there’s a belief from some in the organization they would have beat the Capitals. This is not a majority opinion by any means but that’s how high a few prominent members of the organization are on Johnson……..[/hide]

Remains to be seen, we need to get off this idea that 31-32 is a cliff for everyone as it is clearly more complex than that. Letang is a training beast, that will factor. End of the day it wasnt his body but his head that let him down last year. Maybe the reduced minutes can help keep him sharper; maybe it was a bad return from injury. To write him off before we have even seen him this year based on the roster changes is a tad premature… even for D lol

I really hope Letang rebounds. Getting him off the number one power play will help reduce his minutes. Kris either can’t or wont shoot the puck from the point and teams know it and pack in down low…and Schultz is better offensivly and has a cannon.

i will disagree with you somewhat there. i think it was his body that let him down, which in turn affected his head. he had essentially no offseason training. and for a training beast (as they say) if his body was not in the peak form he was used to, everything will feel off. which will lead to mental errors due to thinking about how the body is reacting differently rather than having the focus where it should be.

That’s fair for the 1st leg of the season but he seemed to be plagued by brain cramps until late in the year at which point he, for the most part, seemed to at least have his legs under him. End of the day the inability to train last summer which would have led to a sluggish start and potentially into him overthinking could have stuck around in the game all year too so I will give ya that for sure. One thing many do overlook is despite his ability to give the puck away at a record pace last… Read more »

If any other Penguin not named Crosby or Guentzel would have actually scored maybe the Pens could have beat Washington. The turn over machine was not much of a help either.

AGREED THE PENGUINS DIDN’T PLAY WELL…AND STILL COULD HAVE BEAT THE CAPITALS..THEY ARE RESTED WITH AN EXTRA MONTH AND A HALF GETTING ELIMINATED..THEY WILL BE READY

Columbus getting Brassard in any fashion would be a pain for the penguins…….Especially they already have whats his name the guy that always tortures Sidney Crosby…blanking on his name…