MLB: Nutting says the Pirates are on the right course 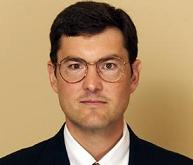 Bucs owner says the right decision makers are in place
Bob Nutting, the principal owner of the Pittsburgh Pirates spoke to the media afternoon on what was a rare occasion as Nutting stays out of the spotlight especially when things aren’t going well.
Nutting expressed anger and frustration over the Pirates struggles but also said that the Pirates are on the right course that will turn this franchise around.
“I’m just flat-out angry with the results,” Nutting told the Pittsburgh Tribune-Review. “But I really do believe the course we are on will get this franchise turned around, ” Nutting added.
Nutting believes the right decision makers are also in place as the Pirates are going through yet another rebuilding period.
“The pieces that have been put in place are the right pieces, ” Nutting said. “The people who are doing it are the right people…. We are not going to abandon ship at this point.”