Penguins – Flyers to Meet in Round 1

The Pittsburgh Penguins accomplished their primary goal over the final two games of the regular season in claiming home-ice in round 1 with a 5-4 OT win vs the Columbus Blue Jackets and then following up the win vs CBJ with a 4-0 victory over the Ottawa Senators in the season finale. 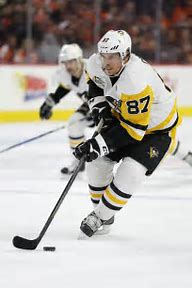 Now the Pittsburgh Penguins and Philadelphia Flyers meet in round 1.

As vulnerable as the Penguins have looked defensively and at the goaltender position since Matt Murray returned from a concussion, the Penguins having home-ice in round 1 is a major hurdle the Flyers will have to overcome.

Pittsburgh is just the 4th team to win 30 or more home games in consecutive seasons and they’re just a different team on home-ice.

Pittsburgh and Philadelphia meet for the first time since the 2012 playoffs, a series that Penguin fans will always remember where a star studded Penguins’ team melted down mentally and had some of the worst goaltending/d-zone play you’d ever see.

This group isn’t going to fall into that trap with Mike Sullivan behind the bench, but If you like high-end talent, this will be a series that will bring it out in a big way.

Philadelphia’s best shot and pretty much only shot to dethrone the Stanley Cup Champs will be their high-end talent outperforming Pittsburgh’s by a wide margin.

All three have to be major difference makers in the series for the Flyers.

Wayne Simmonds is always a handful for the Penguins to handle and the way Pittsburgh has been defending lately, Philadelphia is surely going to put the Penguins on their heels in stretches.

One thing the Flyers could have going for them is there’s no pressure on them and nothing to lose. Expectations were not high this season, especially after losing 10 straight at one point.

By contrast, if the Penguins first round opponent was Columbus again, things would have been different where expectations were high for Columbus this season and Pittsburgh has a significant mental edge over the Blue Jackets who just can’t close out games vs Pittsburgh.

— There shouldn’t be a ton of stock in the Penguins going 4-0 vs the Flyers, two were overtime wins, but the biggest takeaway relating to the upcoming series to take out of those four meetings is Philadelphia has no answer to stop the Penguins.

And it’s hard to see that changing this series. Philadelphia just doesn’t have the goaltending or depth on D to matchup well enough with the Penguins, especially if Derick Brassard is healthy and playing to give Pittsburgh that skill dimension as the third line center.

Then there’s the Sidney Crosby factor who is playing his best hockey of the season at the right time and owns the Flyers with 38 career goals. Crosby also averages 1.44 points per game on the road against the Flyers in his career.

— Pittsburgh is very vulnerable on the penalty kill right now and Philadelphia has the fire power to exploit the Penguins PK, but about that Penguins power play………..

Pittsburgh set a franchise record with a 26.2 power play percentage and there’s not a better team in hockey than changing momentum with a power play goal then the Penguins can.

For every strength the Flyers have, the Penguins counter that by two.

— At the end of the day, whether this is a competitive series at all and Philadelphia gives Pittsburgh a scare will likely come down more to which Matt Murray shows up than the type of goaltending the Flyers get.

Pittsburgh is going to put the puck in the net, no matter what.

If Murray turns the switch and is in playoff form where he has a .928 career save percentage, this series isn’t going past five games. If the Matt Murray from the last couple weeks is the type of goaltending the Penguins get, we’re likely going to be in for a lot of 4-3, 5-4 games.

“Personnel has changed, but rivalries are always rivalries” — Mike Sullivan

No but whats real concerning is no one has heard from St. Louis… for quite awhile now. That will hurt a 3 peat run that’s for sure

How bout a pre game article you lazy fuckk… or does this still count?

Heart has Pens vs Fleury in the finals. In a win/win situation, i’d take the Pens.

Ill be in Vegas in early June so Im hoping for Pens/Vegas, but i dont think Vegas makes it that far.

Grubauer gets the start for the Caps… wow

Not surprising. Theyre looking ahead. They dont want Holtby starting against the Pens in the second round, if it comes to that.

Caps “back up” goalie.

Going back 5 years to the early MAF raging debates on this site, Ive never been a believer in the “franchise goalie”. There are too many examples of teams winning with goalies that get hot. Clearly a critical posiiton but I wouldnt dump tons of salary into the goalie position.

In playoffs you need a hot goalie

How do we cancel the paid subscription to this site?

why would you pay

So can you help me cancel my subscription?

How did you pay? Mine was through PayPal and I made sure it didn’t automatically renew itself. Once you pay for it you can’t get your money back. Hope that helps.

He was starting to get hot before the injury. That exchange between him and Sheary in the locker room was pretty cool.

Over / under on D cranking out another piece before puck drop

any other outlet is basically three per day as the over / under. you have to think there will be at least a gammer article prior to puck drop, so i guess you would have to peg the over / under at 1.5. but would anyone actually take that over?

Over 50 how many times you will post about it. Whammy!

Whammy … I just got whammied

Love your posts. You are the straw that stirs this drink!

Pens only lose this series if they put the Flyers on the PP 3-4 times per game. Stay out of the box.

Chubster is upset because Montreal isn’t in it. True Penguins fan he is, rooting for the flyers.

Phuck Philly! I hope the Pens lay waste to that garbage franchise. With Sullivan here, a headcase in Las Vegas, and less trash there (Gudas notwithstanding) the Pens should keep their wits about them this time!

Definitely has a mean streak but not in the same ilk as Gudas. That said he would be one of the pricks to attempt to gaslight the series lol

Amazing 3rd period by the bruins but still lost. Iooks like it’s going to be Leafs vs. Bruins

Sam is wondering why he cant find Montreal on the bracket

It’s a locked league from the app at least

Edit:
Jk….the app logs me out every time I guess

Since were doing updates on former Pirates, what is Midre Cummings and Jermaine Allensworth up to?

Both are SVP’s, Sales, with Amazon–for Asia and Sotuh America, respectively.

With compensation and stock awards, each are earning about $1.5 Mil a year and have net worths north of $10 Mil. Why do you ask?

Doing the same thing Sam does. Leaving in their parent’s basements and posting retarded things on message boards.

Last i checked, Chad Hermansen was still walking on water.

Murray will be fine, the Pens D will return to playoff form when the entire team starts laying down and blocking every shot taken in order to win and advance. That’s the tortarella/sullivan way.

Bigger concern is going to be will Malkin/Crosby/Letang be able to walk away, or get baited into stupidity and create Philly PP’s or Pittsburgh frustration.

Stay healthy and advance. Pens in 5.

The D that had Daley, Hainsey, Cole, a starter for a backup and no Letang or the D they have now? They better stay out of the box, since Cole was traded the PK went to shit! If the Flyers are smart they will just have someone cash into Murray and that will be it for him. No one on this team will do anything about it except maybe Oleksiak.

According to the timestamps, D has been putting instant buzz out there for a while now.

Will Murray pull a Fleury ?

Only if he’s not in a hurry!