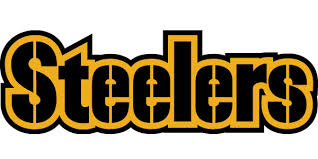 1. The Steelers being anything more than an 8-9, 9-8 team will be reliant on getting an elite level defensive effort just about every week. The unit was dominant in week 1 and ravished by injuries in week 2, therefore, the Steelers sit at 1-1 after two games.

And most would have predicted a 1-1 record after two weeks, just flip flopped than how it played out.

The Raiders had the superior quarterback on the field and in the 4th quarter that was the difference in the game. Ben Roethlisberger just isn’t making that big time throw Carr made to Ruggs on the 61 yard score at this stage of his career and more impressive was Carr’s late game throw to Darren Waller where he threaded the needle, a type of throw that is rarely in Roethlisberger’s arsenal anymore.

Roethlisberger is at the stage of his where he’s a middle of the pack quarterback. We all knew that coming in. There was enough evidence of that last season.

Roethlisberger will still have his moments for a big time throw and he can beat a defense from time to time with his eyes, but he needs help beyond having the right personnel around him. He’s not good enough anymore to elevate the rest of the group to another level. What Roethlisberger truly needs is an offensive coordinator and game plan to offset the limitations he now has at his age. We all know the offensive line is dreadful that’s a recipe for disaster in improving the run game, but there is just nothing from the offensive coordinator change that is going to play to Roethlisberger’s strength’s. Matt Canada made sense if you were moving on from Roethlisberger. Hiring him just made little to no sense if you were sticking with Roethlisberger like the Steelers did. Canada’s offense was never going to work with Roethlisberger or even be highlighted much. The whole mindset in the OC change should have been on the short-term of who is the best candidate that can bring the best out of Ben because top-5 level Ben is long gone.

And that’s not an overreaction after just two games. Pittsburgh failed in not bringing in an outside OC.

2. The Steelers are getting what they deserve with the offensive line. Trying to rely on the middle rounds of the draft to improve the line was outrageous where your trying to get one more run out of the Big Ben era. There were financial opportunities to drop an Eric Ebron and put that money at the O-line. The frustration part for many through two games is the style of the offense is near identical to the predictable Randy Fichtner offense. Pittsburgh does not attack the middle of the field and observers say more of this how the offense is being ran than the quarterback limitations. There’s enough talent at that wide out group where the coaches should be putting this group in positions to be more dynamic and dangerous. Receivers again are just not getting open. 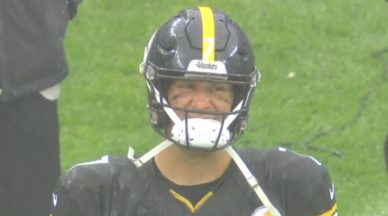 4. Penguins GM Ron Hextall is genuine in that the team wants to resign Evgeni Malkin and Kris Letang (and there continues to be optimism in the organization something will eventually get worked out) but let’s not sugar coat it, the Penguins new regime only wants to resign Malkin and Letang on their own terms which is why everything has been respectful but also slow played since both were eligible for extensions in late July. For now ownership has stayed out of the way. Time will tell if that continues.

5. Prospects I’m Most Intrigued about as the Penguins Open Camp:

1. Samuel Poulin, 2019 1st Round Pick | Poulin is going to be an NHL player and likely a highly productive top-9 player down the road. He brings size/length, has a lot of tools of what the Penguins in the present lack. The Penguins internally look at him more as a full-time player for the 2022-2023 than this season. What you want to see out of Poulin this camp is how close he is to being an NHL regular, have some dominating practice sessions. And there’s no reason for Mike Sullivan & Co not to play him with some higher level talent early in camp.

3. Filip Hallander, 2018 2nd round pick, Acq from TOR | There’s not a ton of high level upside with Hallander but he’s the one prospect whose two-way game is developed enough where he might not need a lot of development time in the minors. Some in the organization feel he could win over the coaching staff as early this camp, becoming a young player they would trust.

4. Kasper Bjorkvist, 2016 2nd round pick | The clock is ticking [hide] on Bjorkvist who is now 24 years old. The previous regime was extremely high on Bjorkvist early on, viewing him as a Patrick Hornqvist type down the road. There’s not the same feeling about him anymore as he’s more looked at as a fringe NHLer than a third line level forward the organization thought he would eventually evolve in. It’s a big camp for him to start changing the perception.

5. Nathan Legare, 2019 3rd Round Pick | Legare made a great impression at the 2019 camp, but he failed to dominate in juniors like the Penguins expected that has had some evaluators souring on him a bit. Lots of talk about the foot speed and that could be his Achilles heel long-term. He has shed some pounds to try to become quicker. However, this is still just a 20 year old prospect and there’s definitely some NHL-level talent in him. Legare is extremely poised with the puck and very effective at letting plays develop.
[/hide]

Pens Inside Scoop
@PensInsideScoop
Coach Sullivan said they received confirmation this morning that Zach Aston-Reese tested positive for COVID-19. He said the team doctors and medical staff will follow the NHL protocols, “and we’ll update you guys as we go here.”
1:06 PM · Sep 27, 2021·Twitter Web App

You show up once a month and say nothing…you are just a clown faced idiot..
Talk sports oh that’s right your not capable of that…

The Steelers are in for a long season.

I heard Npl’s Idol Don Lemon is in trouble

tbj233, I don’t know you, but it’s good to hear someone else who understands football. Correct on all points. The bottom line remains – Tomlin is the worst head coach in the NFL. That’s not an overstatement. No coach (maybe in history) has done less with more talent. The “standard is the standard”, and that’s exactly where it will stay while he’s misleading this team.

Agreed. His vague platitudes are nauseating. The media constantly kissing his a$$ and defending him at every point is as well. No one likes to admit that the only time he achieved anything was when he inherited arguable the best defense in the nfl, a HOF qb in his prime and a great supporting cast that had already just won without him. He constantly mismanages the clock, the team is habitually undisciplined and he’s the most arrogant coach in sports. If they didn’t have inept organizations like Cleveland and Cincy in their division, his track record would look terrible. I… Read more »

This team has: 1. An average qb that has significant trouble throwing past 10 yards. (Only 8 pass attempts last game over 10 yards, completing only 2) 2. An injury riddled defense that lost important players from last year that got torched by the raiders. 3. A coach that can’t make in game adjustments and gets routinely out-coached. 4. A terrible offensive line. For all the people that prematurely bought the hype after week 1, i’m afraid I’ve got some bad news… Being a 3 point favorite over the Bengals at home is very telling. I’ll be surprised if they… Read more »

That was Hockey11. He had the rubber gloves and KY jelly out after that Buffalo game.

Look they did look pretty good after week one. If the defense is healthy which they are not..no Joe Haden, no T.J Watt, not Witherspoon, no Devin Bush, no Stephan Tuitt…..all out This team can keep games close..

Agreed they have been brutal the last two weeks especially offensively.
Dude whats up with the gloves & Ky jelly stuff keep your personal life off this site bro….:) You are a bit weird to bring that stuff up..

It’s a Mark Madden reference. Sorry, you didn’t get it.

Congrats to Justin Trudeau on his re-election!

Who really cares….
This is not a political site…

No more than $ 6 million for either Malkin or Letang. Two year deals with an option for a third year for both players at $ 6 million per. Take it or thanks for the memories..

If this team is serious about winning one more cup, paying either one of them or both of them $6million per yr is over paying. I would go $3.5 to $4, max! This team has too many holes to fill and no money to do it with.

Look I agree with you but I think the organization will offer them 5 or $ 6 million. Malkin will never take $ 3 or $ 4 million lets hope so we can rebuild a lot with his $9.5million cap hit off the books..Letang might take $4 million to stay with the team..