Are the Hurricanes a Stanley Cup contender? 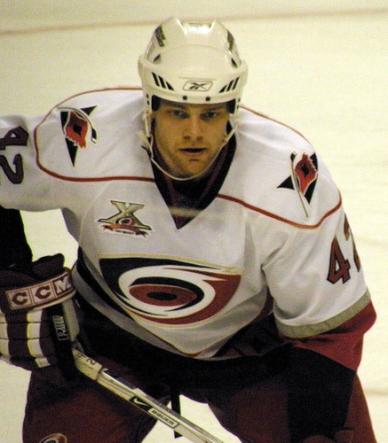 The Carolina Hurricanes (43-28-7, 93 pts) won a season-high seventh straight game in a 4-2 win over the New York Rangers at the RBC Center Thursday night to set up a showdown with the Pittsburgh Penguins (42-27-8, 92 pts) Saturday night.
The Penguins and Hurricanes are separated by one point as the Hurricanes win pushed the Penguins back to the #6 spot in the Eastern Conference.
The Hurricanes and Penguins are currently viewed as two teams in the Eastern Conference that no one wants to play.
The Hurricanes have depth upfront and a Stanley Cup goaltender but do they have enough depth on the blue line to be considered a true playoff threat that could make a deep run?
The addition of Eric Cole has given the Hurricanes three scoring lines and goaltender Cam Ward is playing at a higher level than he was during his 2006 Stanley Cup playoff run.
On defense the Hurricanes
lack a legitimate #1 shutdown defenseman. Joe Corvo and Jani Pitkanen are perfect puck moving defensemen for the style of play the Hurricanes are playing under Paul Maurice. Both players along with Anton Babchuk are key components to the Canes transition game.
Defensively, when it comes to matching up against a team like Pittsburgh that has Evgeni Malkin, Jordan Staal and Sidney Crosby down the middle or Philadelphia which is three lines deep, the Hurricanes are going to have serious troubles in a seven game series. Tim Gleason and Niclas Wallin are not going to get it done.
The Hurricanes have been successful since the trade deadline because of their transition game. They are attacking teams offensively.¬†In the playoffs, things tighten up and despite having a goaltender in Cam Ward at the helm, don‚Äôt look for the Canes to be representing the Eastern Conference.
Photo courtesy of Dan4th