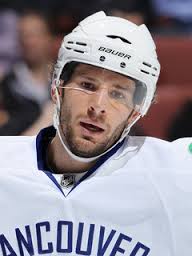 When big names are on the move there are always mystery teams out there. You can chalk the Anaheim Ducks as one in the Ryan Kesler sweepstakes. Chatter in league circles has been that something has seemed to be up all day with the Ducks when it comes to a splash in the top-6 and NHL Insider Renaud Lavoie reports the Ducks are one of the teams looking to trade for Kesler.
Even as late as this afternoon, the Canucks have been said to be willing to listen to offers from any team for Kesler, in the Western Conference and Eastern Conference, even though Kesler is believed to eye the Eastern Conference.
The Canucks are said to believe that Kesler isn’t set on only going to the Eastern Conference and could come around to some situations not initially on his wishlist.
Anaheim is a very intriguing team because of the young assets they have, forwards and goaltending, where they would match up perfectly in a trade for Kesler despite the Canucks and Ducks being in the same division.