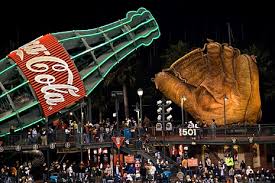 PIRATES 3 – GIANTS 1
Win: Franciso Liriano (3-7)
Loss: Tim Hudson (8-8)
Save Mark Melancon (20)
POST-GAME STORYLINES
SURPRISE TEAM IN ON LESTER
Jon Lester has been scratched from Wednesday’s start and the Red Sox are set to trade him between now and Thursday’s 4:00 p.m. deadline. The Pirates for one are trying to get a deal done by Wednesday evening, so Lester can be with the team in Arizona on Thursday.
However, the Pirates are not willing to move top prospect Josh Bell under any circumstance and are trying to sell the Red Sox on a deal centered around Alen Hanson.
Pittsburgh has also continued to kick the tires on Tampa Bay’s David Price. Tampa Bay has been tracking the Pirates farm system heavily this week.
The growing sense inside the industry is Lester will be traded Los Angeles or St. Louis, with Pittsburgh having an outside shot of landing Lester, though, a few AL teams remain in the mix, including a World Series favorite.
The Oakland A’s who already made their big trade acquiring Jeff Samardzija, are in the hunt for Lester, according to reports out of Boston and later confirmed by Ken Rosenthal of Fox Sports.
Gordon Edes of ESPN reports the Orioles, Blue Jays are also among the six teams still in the mix, though, it’s considered unlikely Lester gets moved to either team.