Game 1: Penguins jump on Islanders early, cruise to a 5-0 win 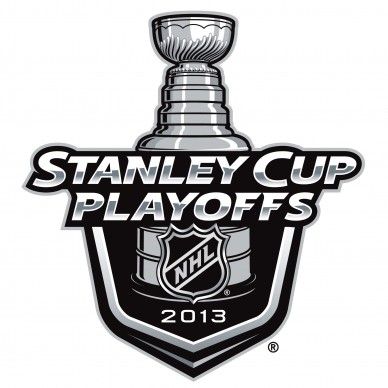 PENGUINS LEAD SERIES, 1-0
Pascal Dupuis (2) scored twice and Marc Andre Fleury collected his 6th career playoff shutout as the Penguins cruised to a 5-0 victory over the New York Islanders on Wednesday night to take a 1-0 series lead.
Beau Bennett (1), Kris Letang (1) and Tanner Glass (1) also scored in the win for the Penguins.
Bennett scored 3:30 into the game, a power play marker on his first shift of the game, and the Penguins chased Evgeni Nabokov from the goal, a 1:51 into the second period, after scoring 4 times on their first 15 shots.
Pittsburgh went 2-4 on the power play, getting power play goals from Bennett and Letang. The Penguins were 4-4 on the penalty kill.
Four Penguins recorded multi-point games in the victory: Pascal Dupuis (2 Goals), Jarome Iginla (2 Assists), Jussi Jokinen (2 Assists), and Evgeni Malkin (2 Assists).
On the injury front, James Neal left the game in the second period due to injury as did Jussi Jokinen late in the third period when he was taking out at his knees by Marty Reasoner who received a five minute major for kneeing.
Game 2 is Friday Night.
IN GAME REPORTS (9:10 P.M.)
(2nd Period Report) Penguins lead 5-0 after two periods
A recipe for disaster for the Islanders in this series is being undisciplined and putting the Penguins on the power play.
After Mark Streit’s holding penalty with 43 seconds left in the first period that carried over into the second period, Evgeni Malkin drew a tripping penalty 54 seconds into the period, setting up a 5-on-3 power play for the Penguins.
Moments later the Penguins would make the Islanders pay as Kris Letang (1) buried a wrist shot top shelf (blocker side) past Evgeni Nabokov for the Penguins second power play goal of the game at 1:19 of the period to make it 3-0 Penguins. Letang scored three seconds after Streit’s penalty expired, officially a 5-on-4 goal.
The Penguins weren’t done and Evgeni Nabokov’s night was about to end as Pascal Dupuis (2) netted his second goal of the game, 32 seconds later at 1:51 of the period, giving the Penguins a commanding 4-0 lead.
That was it for Nabokov who was pulled immediately after the goal, allowing 4 goals on 15 shots.
On a night where everything’s going right for the Penguins, Tanner Glass (1) pushed the Penguins lead to 5-0, scoring at 13:07 of the period. Glass is having a very effective game, leading the Penguins with 6 hits after two periods.
The Penguins, though, lost James Neal to an apparent injury early in the second period. He has not returned.
Pittsburgh has outshot New York 21-18 through two periods.
2nd PERIOD GOAL SCORING SUMMARY
1:19 Kris Letang (1) (Power Play)
Assists: Jarome Iginla, Evgeni Malkin (PIT 3-0)
1:51 Pascal Dupuis (2)
Assists: Mark Eaton, Jussi Jokinen (PIT 4-0)
13:07 Tanner Glass (1)
Assist: Jussi Jokinen (5-0)
(1st period Report 8:21 p.m.): Penguins lead 2-0 after one period
The Pittsburgh Penguins lead the New York Islanders 2-0 after one period. Matt Cooke who in the last couple weeks has become more of a pest, drew an interference penalty 1:40 into the game and Beau Bennett (1) opened the scoring 3:30 into the game with a power play goal, beating Islanders defenseman Andrew MacDonald wide and burying a shot past Evgeni Nabokov to give the Penguins a 1-0 lead.
Prior to today’s morning skate, it was believed that Tyler Kennedy would likely play over Bennett, but Bylsma making the right decision in playing Bennett over Kennedy paid dividends as the rookie scored on his first shift and first shot of the game.
The Penguins would add a second goal in the period at 13:23 when Pascal Dupuis (1) put home a Jarome Iginla rebound in front. Craig Adams who changed for Jussi Jokinen, did the dirty work in front leading to the goal.
Late in the first period, Brandon Sutter beat a flat footed Mark Streit to the net drawing a penalty with 43 seconds left in the period. The Penguins will open the second period with a 1:17 left on the power play.
The Penguins outshot the Islanders 13-8 in the period. New York outhit Pittsburgh 19-12.
Kris Letang led the Penguins with 9:39 of ice time in the period.
1ST PERIOD GOAL SCORING SUMMARY
3:30 Beau Bennett (1) (Power Play)
Assists: Evgeni Malkin, Paul Martin (PIT 1-0)
13:23 Pascal Dupuis (1)
Assists: Craig Adams, Jarome Iginla (PIT 2-0)