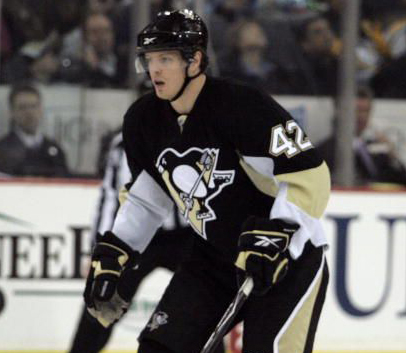 The Latest Penguins Buzz
*The Penguins 7-7-1 start through 15 games is not the kind of start management or ownership was looking for. With the Penguins disappointing start, it has been no surprise that Dan Bylsma has been a lightning rod for criticism. In the eyes of many observers, Bylsma has done a poor job thus far.
However, any talk of Bylsma’s job security being in question is ludicrous. Even if the Penguins are hanging around .500 two or three months from now, Bylsma will still be behind the Penguins bench.
He is Ray Shero’s guy and he’s a coach that the Penguins higher-ups believe in long-term.
*We are not even a quarter into the season, so Penguins management is being patient at this time with the clubs roster.
Under Ray Shero, the Penguins hockey operations staff usually likes to give their squad until Thanksgiving, when it comes to fully evaluating the club and deciding what changes possibly need to be made.
While there are some concerns inside the organization, those I talk to point to injuries, underachieving of key players and Jordan Staal as the primary reasons patience is needed with this hockey club.
The Penguins like many other teams have been very quite when it comes to trade talks. There will be discussions between GM’s at the upcoming GM meetings this week but don’t look for any action from Pittsburgh anytime soon.
The team has shown no interest in available Boston forwards Michael Ryder or Blake Wheeler at this time. Ryder is a player that the Penguins liked going into the summer 2008 free agency and could become an option next summer but there’s clearly no interest in his price tag.
The Penguins are trying to keep as much cap space as possible for future moves down the road.
This is why team sources expect the Penguins to stick with Mike Comrie at least until the holidays. One scout I spoke with over the weekend told me the player who should be getting an extended look with Staal sidelined and Malkin moving back to center is winger Nick Johnson.
In 11 games, Johnson has 9 points on the season with Wilkes Barre and scouts believe he’s maxed out in the minors.
The consensus is that Johnson can help this team in a top-9 role and now is the opportunity for Johnson to get an extended look until December as Mike Comrie’s struggles don’t appear to be going away.
However, with Pittsburgh looking to keep as much cap space as possible, unless they demote a forward, no players from Wilkes Barre are expected to come up unless there is an injury.
*A team source told me this morning that Dan Bylsma has full authority on his goaltending rotation.
There has been no input from management that Bylsma has to play Marc Andre Fleury because he’s the guy with $25 million left on his contract or the so called “franchise goaltender.” Moving forward, the goaltending situation is wide open until Fleury can win back his job.