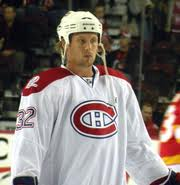 Some Pens Afternoon Tidbits
— The signing of goaltender Tomas Vokoun puts the Penguins around $61.6 million committed to 19 players (11 F, 6 D, 2 G) for next season. A temporary cap of $70.3 million will be put in place this summer but many league insiders predict the cap will end up being in the $65 – $67 million range under a new CBA.
— The Penguins have yet to open up preliminary talks with defenseman Matt Niskanen, the team’s top restricted free agent. Niskanen will be due a $1.75 million qualifying offer later this month for the Penguins to retain Niskanen’s rights.Â At this point, Niskanen’sÂ camp is uncertain of how things will play as they haven’t heard from the Penguins yet. They are aware of the Kennedy situation last summer when the Penguins didn’t qualify him, which accelerated the negotiating process. Look for a discussion to take place between the Penguins and agent Neil Sheehy at somepoint next week, following the Penguins pro scouting meetings.
— A decision on whether to bring back Arron Asham will be made following the Penguins proÂ scouting meetings, sources say.
Asham’s return has been considered unlikely but the Penguins are not down on him like people think, despite his antics in Game 3 of the playoffs where he received a four game suspension.Â Internally, the team feels he went a step too far but was sticking up for teammate Paul Martin. Asham is very well liked in the room and emerged as a leader. However, the Penguins might look to get a bit younger on the fourth line and the team is high on Canadiens winger Travis Moen and Boston’s Gregory Campbell, two potential targets on July 1.
— A decision on whether to retain Steve Sullivan will be made soon I’m told, but Sullivan’s situation is a bit cloudy due to his age and the Penguins could opt to wait until after July 1 and take a wait and see situation.
— The speculation on what Sidney Crosby’snew deal might look like is emerging. I haven’t heard much from sources yet but Josh Yohe of the Tribune-Review believes Crosby is seeking a deal of 7 years or more. Yohe writes, “Crosbyâs camp is seeking a lengthy deal, one the Penguins anticipate being at least seven years in term â possibly 10 or more, “
One number floating around for a while with Crosby being superstitious is a 10 year – $87 million deal.