Merry Christmas from Inside Pittsburgh Sports & Some Steelers talk 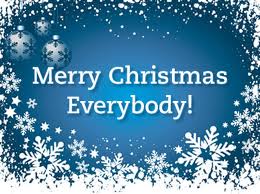 Just wanted to wish a Merry Christmas to all of our subscribers, contributors and supporters of the site. Hope everyone has a great day — DePaoli —
SOME FALLOUT FROM STEELERS – BENGALS (5 THOUGHTS)
1. When you evaluate the Steelers offense and defense this off-season, the conclusion the staff and front office should come to is both sides had moments of being playoff capable but what kept this team from being post-season worthy is on both sides of the ball and even on special teams is the Steelers struggled to close games in all three phases. Ben Roethlisberger’s late game magic of being one of the games best closers has been gone since the 2010 season and there were numerous times on defense this season where the defense couldn’t make a key stop to preserve a close win or seal a win. The Steelers lack the killer instinct that winning teams have and are 3-5 in games decided by three points or less. “We just collectively have not made the necessary plays at critical moments to win enough of these close football games,” Steelers head coach Mike Tomlin said.
2. During the Sunday night game telecast, former Colts coach Tony Dungy made a great observation on a major coaching error the Steelers staff made when the Bengals took over the ball (following Ben’s interception) with 14 seconds left in the 4th quarter from the Steelers 46 yard line. Dungy pointed out the Steelers played 8 to 10 yards off A.J. Green at the line of scrimmage, failing to “jam him” at the line, that left a banged up Keenan Lewis in 1-on-1 coverage against Green as Troy Polamalu came in from the safety position to cover a 5 to 7 yard out instead of defending the big play (15+ yards) and the result was Green hauling in a 21 yard reception over Lewis to setup a 43 yard game winning field goal. From the players to the coaches, the Steelers underachieved in nearly every phase this season.
3. With the Steelers possibly releasing James Harrison if the two sides are unable to restructure his deal, the glaring concern for the Steelers going into next season is OLB LaMarr Woodley. Woodley’s performance this season has been pathetic as he has 33 tackles and 4 sacks in 12 games this season. Woodley turns 29 in November and maybe it’s the hamstrings, but analyst feel Woodley has lost the explosiveness that made him one of the most feared OLB’s in the game. When the Steelers gave him a $60+ million contract in August 2011, they envisioned getting at least three to four pro bowl type seasons out of him and Woodley’s best days might be behind him. That’s very concerning for the Steelers.
4. Keenan Lewis has emerged as the Steelers top priority this off-season and while he has the size and cover ability that teams will covet, one agent I spoke with last week had doubts that Lewis will be out of the Steelers price range on the open market because he’s not a playmaker. The agent believed Lewis will get paid well and should land a three to four year deal but the Steelers should be able to keep him on their own terms. Why is it so important to get Lewis signed? Cortez Allen had a breakout game playing on the outside vs the Bengals with 2 interceptions and if the Steelers can keep Lewis, Allen and Lewis have the potential to be a good starting combo for next several seasons with Allen being a playmaker on one side and Lewis being an above average cover corner. Ike Taylor turns 33 in May and is scheduled to make $6 million in 2013 but next season could very well be his last with the Steelers and while Taylor had a good season, let’s not forget from a performance standpoint, he was one of the worst cornerbacks in the NFL through the first five games of the season and after week 6 was ranked 96th out of 100 cornerbacks by Profootballfocus. It will be a big disappointment for the Steelers to lose out on Lewis as they have the young pieces in place at corner with Allen and Lewis to begin the transition away from Taylor.
5. Tight end Heath Miller faces surgery after suffering a torn ACL and MCL ligaments, in addition to a partial PCL injury in his right knee against the Cincinnati Bengals on Sunday. “Unfortunately his season comes to an end,” Mike Tomlin on Monday. “He has been rock solid for us and we really appreciate his efforts. We understand injuries are a part of the game, but unfortunately it brings his season to a close.”
It’s a major knee injury that could sideline him for 8 to 12 months. There’s not a player on this team who is more consistent on a game by game basis than Miller. Miller, 30, already lacks world class speed and athleticism, so he’s a smart enough player where he’s a good bet to return as a productive tight end. The Steelers, though, will need to bring in a viable veteran pass catching tight end and will have to consider looking for a long-term tight end in the draft, even as early as the second or third round if the right player were there.
Tidbits: Steelers a good bet to rebound next season? In the new millennium, the Steelers have missed the playoffs in 2000, 2003, 2006, 2009, and now 2012. In 2001 they put together a 13-3 season, losing in the AFC Championship game at home; 2004 Pittsburgh went 15-1 losing in the AFC Championship Game at home; 2007 Pittsburgh won the AFC North, lost at home in Wildcard game; and in 2010 Pittsburgh won the AFC North and lost in the Super Bowl.
Steelers 2013 Home Opponents – Baltimore, Buffalo, Cincinnati, Cleveland, Miami, Chicago, Detroit and Tennessee.
Steelers 2013 Road Opponents – Baltimore, Cincinnati, Cleveland, New England, New York Jets, Green Bay, Oakland and Minnesota (Game will be played in London)
Stat of the Day: The Steelers are 11-for-39 on third down in their last three games (all losses).