NFL: James Harrison out until October? 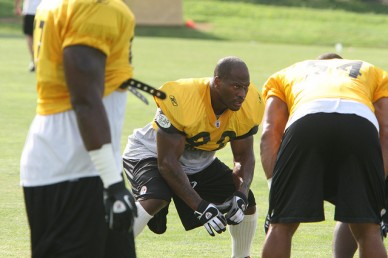 STEELERS PREPARING NOT TO HAVE HARRISON ON FIELD FOR A WHILE
The Pittsburgh Steelers won’t have all-pro linebacker James Harrison on the field for the second straight week as Harrison won’t play vs the Jets today, a team source confirms just after 12:00 p.m.
When the Steelers get Harrison back on the field for Sunday’s remains very much in the air and the team is preparing not to have Harrison on the field for a while.
According to Gerry Dulac of the Post-Gazette, the Steelers don’t expect Harrison to play until at least after the Steelers week 4 bye.
Harrison continues to have difficulties with his knee holding up after strenuous workouts as the body of the 34 year old Harrison just isn’t holding up. A typical age for the body to break down for linebackers.
Harrison signed through 2014 season is making $5.565 million this season, followed by salaries of $6.57 million in 2013 and $7.575 million in 2014.