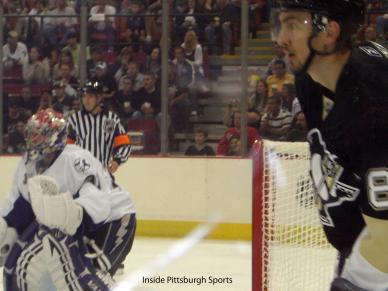 The Pittsburgh Penguins and Miroslav Satan have reached an agreement. Satan will report to Wilkes Barre. The two sides held discussions early this week about Satan’s options but Pittsburgh does not have ability to add Satan to the roster with defenseman Philippe Boucher expected to come off of IR in 10 days.
Satan, 34, has 17 goals and 19 assists for 36 points in 65 games this season.
Sources close to Satan tell Inside Pittsburgh Sports this evening that
the Penguins have not ruled out bringing Satan back to the 23 man roster which has led to the agreement from Satan’s representatives that Satan will report to Wilkes Barre. Right now though it looks like a major long-shot.