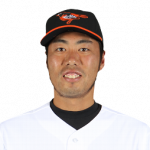 Latest Pirates Trade Buzz
Forget about all of this talk of the Pirates being in the mix for Carlos Beltran. They have kicked the tires on him but the Pirates brass have no expectations of making an actual play for him.
The Pirates focus in recent days continues to be on upgrading the bullpen. The team is showing a strong interest in adding a veteran presence who could fill the 8th inning role and a lefty reliever is something the Pirates are also exploring.
Pirates scouts have been active of late, scouting the likes of Baltimore, San Diego and Colorado for help in those two particular areas.
One name emerging at the top of their radar is 36 year old reliever Koji Uehara (1.26 ERA, 58 SO). Uehara has been dominant this season, limiting opponents to a .150 batting average in 44 innings this season for Baltimore
Most intriguing about Uehara is his ability to strikeout batters, something the Pirates are missing behind Joel Hanrahan.
Uehara has a 58/8 K/BB ratio and has 19 strikeouts in his last 12 innings pitched, a span of 10 games.
The asking price for Uehara is lower than it is for Padres relievers Heath Bell and Mike Adams but Uehara won’t come cheap.
He is making $3 million this season and has a 2012 vesting option that becomes guaranteed based on 2011 performance.
A big question mark has been about how much are the Pirates willing to spend for short-term help in the bullpen as the team has Evan Meek under team control for sometime.