Penguins lack of structure at the forefront of their issues 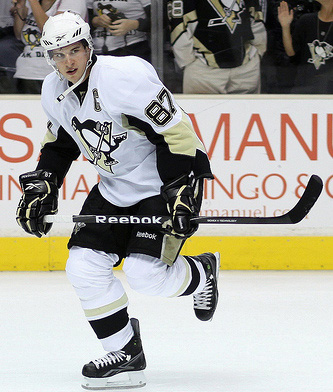 Is It Time to Worry?
The Anaheim Ducks edged the Pittsburgh Penguins 3-2 on Friday night, behind a three goal second period.
Goaltender Marc Andre Fleury made 16 saves in the loss to fall to 1-6 on the season. Sidney Crosby scored twice as the Penguins battled hard and made a late rally but it wasn’t enough.
With the loss, Pittsburgh fell to 6-7-1 on the season and have now loss five of their last six games.
The Penguins came into the season regarded as one of the games elite teams but they have been far from it.
In fact, since the Penguins 9-1 start (Oct 2nd 2009 – Oct 23rd 2009) last season, Pittsburgh have been just treading around .500, posting a 51-48 record in their last 85 games (Oct 24, 2009 – November 5, 2010).
There are multiple reasons for the Penguins 6-8 start, with the likes of Evgeni Malkin (9 pts, minus-5) and Marc Andre Fleury (1-6, 3.31 GAA, .861 SV%) vastly underachieving at the forefront of the Penguins concerns.
However, one major concern from league evaluators I’ve spoken with is the Penguins lack of structure.
The Penguins play in their d-zone has been extremely poor during their recent struggles and it’s not just players struggling. It’s been a lack of focus and structure.
Of late, it’s been a common scene to see players out of position, not in their lanes and standing around watching the puck.
The Penguins have also been very vulnerable defensively to teams who are establishing a strong cycle down low.
Friday night, Pittsburgh was no match for the Ducks top line of Bobby Ryan, Ryan Getzlaf and Corey Perry.
A lack of structure falls right onto the shoulders of head coach Dan Bylsma who through 14 games of the season has done a poor job in several areas, especially when it comes to installing a discipline in the d-zone.
The Penguins built themselves on being a team whose focus this season was going to move into the direction of being a defensive minded team.
Offensively, the Penguins have also lacked structure and continuity. Players are not happy with the lack of structure in the lineup as there’s rarely been a comfort level for players to get use to each other due to the on-going shuffling of lines.