After the Colorado Avalanche backed out of what the Columbus Blue Jackets believed was a verbal agreement the two sides had that would have sent Matt Duchene to the Blues Jackets about a week before training camps began, the Avalanche over the past 5-7 days have tried to expand the market for Duchene and reignite talks with clubs that have been on the outside and pretty much out of the mix for months due to a lack of trade match. 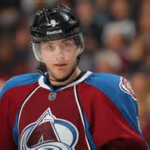 The Pittsburgh Penguins have been one of 2-3 teams that had interest last winter in Duchene that the Avalanche have tried to bring back to the table in recent days, Inside Pittsburgh Sports has learned.

While Jim Rutherford always tries to keep his ear close to the goings around the league, Pittsburgh for the last several weeks have all but closed the door on Duchene due to a lack of trade match.

In fact, Pittsburgh and Colorado haven’t had any substantive talks about Duchene since around June.

Will anything change now?

Pittsburgh being willing to move Olli Maatta as a centerpiece for Duchene last season never really gained traction in talks as the Avalanche had viewed Maatta more as a No. 5 d-man and what has changed since from Pittsburgh’s end is the appetite to part with Maatta for the right deal has died down, league sources say, at least for now.

It doesn’t mean Maatta is an untouchable, which isn’t the case at all, but there’s some level of pause in the organization that moving one of their top-5 defensemen for a third line center/or top-6 talent like Duchene would be extremely dicey were Kris Letang or a Justin Schultz suffer a long-term injury.

Beyond their top-7, Pittsburgh’s NHL caliber defensive depth is slim pickings in Wilkes Barre and there are also a number of injuries with the Baby Penguins.

Jarred Tinordi is on the shelf and Jeff Taylor who’s likely a year away from being NHL ready is also week-to-week. Zach Trotman who showed some upside in camp and has a good first pass suffered a shoulder injury Saturday night.

When Pittsburgh acquired Corrado as part of the Eric Fehr trade, Pittsburgh saw him having the ability to be a Chad Ruhwedel type as a No. 7 who could step into a No. 3 pairing role when needed.

Unfortunately, there’s not much there.

Indications are if Pittsburgh re-emerges as a player in the Duchene derby, it will come down to Colorado’s willingness to take a forward heavy package. Names such as Conor Sheary, Daniel Sprong are being thrown around by rival executives.[/hide]

I think sam’s obsession with hot dogs and donuts may well be a key indicator as to why he’s never touched a vaginaa. Discuss.

Don’t worry when time matters more be will disappear. Heads up hint. First round of the playoffs

So right about when the Canadiens start golfing? Or play grab @ss with each other. Whatever the weird frenchies do.

Playing grab asss is better than eating a hot dog? At least you’re out of the closet.

Whilst not bathing or using any kind of deodorant.

You win down the middle, and Duchene would be really good centering a third scoring line – it’d probably make him a better 5 on 5 player going up against weaker competition. However, the Pens just don’t have the depth to make this work and have them still be a better team. Moving anyone from the blue line leaves you incredibly thin there, and the same is true on the wing unless either Sprong or ZAR end up popping up like Guentzel did – which just isn’t going to happen.

I agree completely about the depth defensively but not in regards to the depth on wing. I fully expect both Sprong & ZAR to make significant impacts at the NHL level before the season ends. I don’t think either are ready yet so an immediate move would definitely leave them thin on the wings but I’m not sure it would make them so much worse that they couldn’t survive until 1 or both of them were ready. I honestly think it would be fairly close to a wash in the near future when you consider the jump from McKegg to… Read more »

Everyone was wondering what racist sam’s thoughts were.

You don’t even know who he plays with on any given day so you’re the least qualified to comment on him.

People are actually discussing hockey in this thread, Sam.

It would be interesting but if Sakic was so set on shooting for the moon on Duchene alone what makes one think that this is a possible actual trade?

I think what Rocky is suggesting is way too much for Duchene – especially since we’re not talking about a bona fide star. One of Maatta OR Sheary and a 1st should be enough – apparently the rest of the league thinks so too, hence why he hasn’t moved. I know rocky suggested Zadorov coming back, but he’s a borderline NHL defenseman anyway. Still has some upside, yes, but hasn’t really materialized.

While I agree that 1 of them should be enough with a 1st I don’t see Colorado taking anything less than what Rocky suggested and I don’t see them adding anything to Duchene on their end. If Sakic was willing to take Sheary+1st or Maata+1st for Duchene I think he would have been traded a long time ago because I believe there are more than a few teams that would have happily paid that price to acquire Duchene. I think the main reason he’s still in Colorado is because Sakic won’t move him for anything less than a Maata+Sheary+1st for… Read more »

Why would it have sailed given 3 less games of control compared to June?