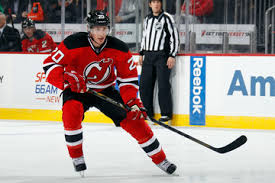 ARE THERE ANY IDEAL BUY-LOW CANDIDATES OUT THERE FOR THE PENGUINS? SCOUTS WEIGH IN
When David Booth was interested in Pittsburgh, the feedback from Penguins officials to the Booth camp was that the team intended to go with what they had.
However, here’s a look at two UFA’s who could help the Penguins at a low cap hit, one forward in the top-9, one forward on the 4th line.:
1. Devin Setoguchi – 27 years old, just 11 goals and 27 points in 75 games for Winnipeg Jets. Was a below average possession player 48%. He’s fallen into situation that a lot of players like him have this summer. Going to be forced to have to take a prove it deal at a paycut, likely somewhere around $800,000 – $1.25 million.
I’m not a fan of Setoguchi’s but evaluators I got feedback from mentioned Setoguchi as an ideal buy-low candidate who is worth a look with elite level talent.
“He’s a player coaches lose sleep over,” a former NHL assistant coach said via phone. “The tools are all there. Seto seems to have fallen into a trap that things would [continue to] come easy for him after the early success. In this league you have to want it.”
What’s intriguing with Setoguchi is he’s a right handed shot, still just 27 years old, has the pedigree of being a former 30 goal scorer, two 20+ goal seasons, and would fit the Penguins system due to his quickness. He’s an explosive skater with a quick first step.
Penguins scouts have liked him in the past.
At even strength he’s been productive in recent years. The points/60 at even strength were nothing to get excited about this past season but during the lockout shortened season (2012-2013) with the Minnesota Wild, Setoguchi posted a 2.217 Points/60 (5 v 5). To put that in comparison, Evgeni Malkin posted a 1.75 Points/60 (5 v 5) during the lockout season.
At one year, around $1 million, Setoguchi would be worth a look to get an opportunity in the top-9 for the first 1/4 of the season or so if the Penguins could find cap space for him.
2. Ryan Carter – An improving 4th line forward. 7 goals in 62 games and has a really hard shot. 6 goals in 44 games during the shortened 12-13 season and scored 5 goals in the Devils Cup Final run in the 2012 playoffs.
This past season, posted strong possession numbers for a 4th line player at 51.3%. Carter’s 0.664 Goals/60 at even strength ranked 6th on the Devils. The only reason he remains unsigned, according to NHL executives is he was seeking around $1 million per season. Big long-shot to happen, especially at this point..
Why did one scout like him as a fit for the Penguins?
“You can talk all you want about scoring balance, [but] the most important aspect from your 4th line is being a reliable defensive unit [first],” an Eastern Conference scout said. “The scoring is a bonus. Pittsburgh didn’t have either [last season].
The scout praised Carter’s work ethic, saying “Ryan never takes a shift off and is a defensive acumen.”
Carter would upgrade the Penguins over Craig Adams, who can no longer play 5 on 5, and is also an upgrade over Zach Sill who is among the candidates for a final roster spot.
Honorable Mention: Dustin Penner – 13 Goals, 32 points in 49 games with the Ducks but was a disaster with the Capitals. A questionable work ethic, I mean very questionable, and likes the party life a bit too much off the ice and the Penguins got rid of one of those players already in James Neal as they have tried to change the room.
However, the Penguins are a small team, Penner is a physical specimen and has a history of playing well with top talent. It would be interesting to see how he would play with Evgeni Malkin in how he’s such a big presence down low and in front of the net. Penner posted excellent possession numbers with the Kings in 2012-2013, something Jim Rutherford and Jason Karmanos value very much, but no signs of interest in Penner at this point.
MORE BUZZ
— Word on Friday evening was the Penguins were heading into the weekend still not close to a deal with RFA Nick Spaling. A source directly involved in the talks said “not much going on” since the Spaling camp countered a two year offer from the Penguins over a week ago. His arbitration hearing is July 31. Deadlines usually lead to deals but there has been a gap between the two sides. Spaling had declined a 2 year deal worth $4 million and countered asking for around $2.5 million per, a source said.
— According to a team source, there was a mutual understanding between former GM Ray Shero and veteran Craig Adams last summer that there would be a front office role waiting for Adams after the end of his current two year contract. That’s how plugged in Adams was with Shero, coaching staff, and stuff like that was one of Shero’s biggest problems as he developed personal relationships with players.