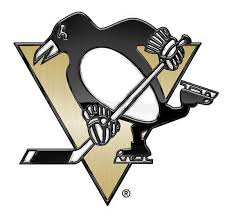 SOME TAKEAWAY’S FROM PENGUINS – SABRES
1. Jason Megna continues show explosive speed to the outside and has the look of one of those young role players who could become a factor during a long post-season run but the bet here is that when the Penguins get healthy, he becomes their Joe Vitale of previous years where many are shaking their head as to why he’s sitting.
2. The Penguins have a size problem in the bottom-6 and Taylor Pyatt has addressed some of that in a few key areas. The last 4-5 games games he’s been very effective as a net-front guy and I’ve really liked his work on the boards. He played a very “heavy” game in the offensive zone tonight and was excellent on the cycle.
3. To follow up on the Matt Moulson speculation from earlier today. Hearing more and more now that there are legit concerns from some members of the organization about how he would fit with Sidney Crosby due to the iffy foot speed and potentially playing his off wing.
That said, those concerns wouldn’t fully preclude the Penguins from aggressively pursuing Moulson I’m told. Because of there not being a lot of realistic ideal fits being out there for Crosby, I’m told the Penguins could go a bit off the board and add a left winger for Evgeni Malkin and Moulson’s name is very much in the mix under that scenario.
That type of situation would give the Penguins a lot more options in the top-9 for when Beau Bennett returns, even if it means having somewhat of a committee by right wing on Crosby’s line.
For now, Brian Gibbons continues to emerge as a pretty good short term fit with Crosby and Kunitz. Gibbons might be an undrafted player but he has legit NHL speed and hockey sense.