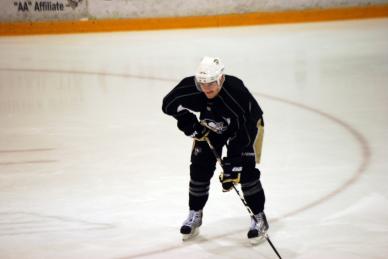 According to a source, Pittsburgh Penguins winger Chris Kunitz underwent an MRI for pre-cautionary reasons on his left shoulder this week to determine the nature of his injury. Kunitz suffered a shoulder injury in the second period of Saturday’s game against the Atlanta Thrashers.
One team source told me it was initially feared that Kunitz had a low-to-mid grade acromioclavicular sprain as he has had a good deal of swelling and tenderness over the AC joint, which has prompted the Penguins to under-go further evaluation.
The extent of the injury is not believed to be serious at this point but I’m told that there is concern in the organization that it could become a lingering injury that goes from day-to-day to week-to-week.
Team officials have publicly called Kunitz day-to-day. Kunitz has appeared in 50 games this season and has 13 goals and 19 assists on the season.
Losing Kunitz for a period of time, will be a significant blow to the Penguins heading into the playoffs.