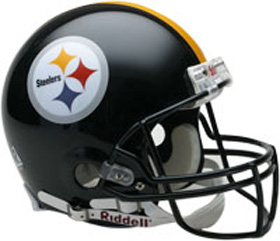 Steelers Grind Out win vs Bengals

Through the first two games of the season, the Pittsburgh Steelers on defense have found an identity.

Stuff the run and bend but don’t break against the pass.

Bengals QB Andy Dalton threw for 366 yards as the Bengals racked up 412 total yards but the Steelers kept the Bengals offense out of sync for much of the afternoon.

The Steelers excelled again with their zone defense and were dominant in getting stops on third down as the Bengals went 4-16 on third down.

For the second straight week, the Steelers performance on D had a lot to do with their scheme as Pittsburgh out-game planned Cincinnati.

Ryan Shazier who was hobbled throughout the week with a knee injury, was a force in the middle of the field with a team-high 11 tackles and had 5 solo tackles. Shazier’s anticipation and quickness to get to the ball carrier fueled the Steelers dominance in halting the Bengals rushing attack.

What’s intriguing with this team is that this defensive group is coached up extremely well and there’s growth to get even better with many young contributors.

In the secondary No. 1 draft pick Artie Burns made plays today and Robert Golden had a strong game with 9 tackles. Ross Cockrell held his own as Pittsburgh also kept A.J. Green in check. Green was held to 2 catches for 38 yards after torching the Jets for 180 receiving yards.

A controversial call ended the game but from the second quarter on, this one always felt like the Steelers were going to make one more play than the Bengals.

Pittsburgh went 2-2 in the redzone, Cincinnati was 0-3.

Ben Roethlisberger was 19 of 37 for just 259 yards and had 2 interceptions. Yet Roethlisberger threw three touchdowns with passing TD’s to Xavier Grimble, Jesse James and DeAngelo Williams. Roethlisberger’s ability to improvise and keep plays alive crushed the Bengals on drives.

Williams was held to 2.9 yards per attempt in rushing 32 times for 94 yards. Williams, though, came up with key first down runs and catches in combining for 132 total yards.

Others, though, stepped up.

The tight end play from Jesse James (3 Rec – 29 Yards – TD) and Xavier Grimble (2 Rec – 26 Yards – TD) was encouraging and Sammie Coates is doing exactly what the Steelers have hoped from him with the loss of Martavis Bryant in emerging as the Steelers primary deep threat.

Coates hauled in a 44 yard reception to set up a 20 yard Roethlisberger TD pass to Xavier Grimble in the first quarter as the Steelers struck first.

Then in the third quarter with the Steelers leading 10-6 in a defensive battle, Roethlisberger hits Coates deep for 53 yards to set up a Jesse James TD catch.

Coates big play ability keyed two scoring drives and was a big development in the game as the Bengals kept Antonio Brown for being a factor.

The Steelers grinded out a win today and the young contributors on both sides to go with Le’Veon Bell’s pending return in Week 4, show this is a team that’s more likely than not weeks away from hitting their peak ability and that’s a good thing.[/hide]

it’s only two games in, but carnell lake looks to be having a good season so far.

I think the Steelers literally “ground” out a victory today, er, not “grinded.”.