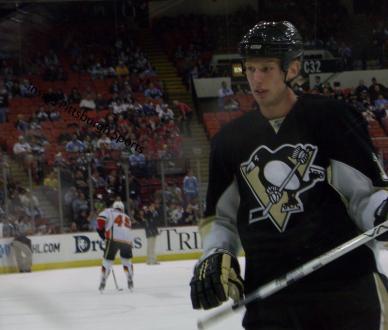 Sidney Crosby and Evgeni Malkin are often regarded as the two-headed monster as the two star forwards are among the top players in the national hockey league.
While Crosby and Malkin get all the accolades, Crosby has gone out of his way the past couple weeks to mention that Jordan Staal is what makes the Penguins so dangerous down the middle.
In the series opener Wednesday night, Jordan Staal was a force at both ends of the ice including the face-off circle.
Staal was
79% (11W ‚Äì 3L) on draws and if you look at one reason why the Penguins were so dominant Wednesday night, it‚Äôs because of how well they possessed the puck and that starts at the face-off circle
On the offensive end Staal created a number of scoring chances, finishing the night with 1 assist and four shots on goal.
Staal and linemate Tyler Kennedy combined for 9 shots on goal against the Flyers in game 1.
When Staal is playing at the level he was tonight, the Penguins are a nightmare to matchup against down the middle