Penguins GM Jim Rutherford was willing to go all-in on Alex Edler for the short-term and future, league sources say.

[hide] The Pittsburgh Penguins and Vancouver Canucks had the discussed the makings of a much bigger deal were Alex Edler had been willing to waive his no trade clause to Pittsburgh. The Alex Edler camp had been aware for a few months that the Penguins had their eye on the 32 year old defenseman and as late as 12:00 p.m. on deadline day, the Canucks had another conversation with the Edler camp on whether he would consider waiving for Pittsburgh.

It was again a ‘No’ for the Penguins or any other team that had inquired in recent days. 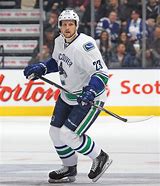 The Canucks hoped to give the Penguins permission on deadline day to speak to the Edler camp about waiving and as far as discussing an extension but the Edler camp continued to be emphatic that he wouldn’t waive for Pittsburgh and insist Edler wants to finish his in Vancouver.

The belief is the framework of the deal would have been a risky and bold one from the Penguins end. Core concepts are believed to have included a 2020 conditional first-round pick tied to Edler resigning, Tanner Pearson included and some belief Dominik Simon would have went the other way for Edler and Erik Gudbranson. The Canucks had strong interest in Simon leading up to the deadline. [/hide]