Sense of Optimism Inside Penguin Circles Emerging for the first time in Letang talks? 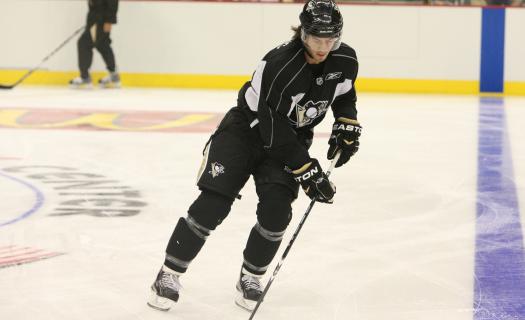 When Kent Hughes, the longtime agent of Kris Letang was named General Manager of the Montreal Canadiens, Letang’s file a few months ago was transferred over to agent Philippe Lecavalier.

The interesting dynamic with Letang negotiations since Hughes left for Montreal is that Letang has been negotiating his To read this insider news, subscribe to get “Inside Access”! And the Penguins internally believe this has become beneficial to the process.

Hextall is widely looked at in the organization as dropping the ball To read this insider news, subscribe to get “Inside Access”! there is starting to be a feeling around the league it will be a surprise if this doesn’t get done.

Early next week seems to be soft deadline where the Penguins are anticipating a decision as they want to pivot to a few other of their free agent forwards not named Evgeni Malkin.

— Rick Tocchet was in line to get the Vegas Golden Knights job until Bruce Cassidy became available. Tocchet has been selective since leaving Arizona and some executives have said Tocchet’s asking price ($4 million) has been too high on the coaching market since last summer and that’s hurt him in a few spots. But, one thing for non-elite coaches is you don’t want to be on the sidelines too long. Tocchet is 58 years old and that’s surely at play whether Tocchet accepts the Winnipeg Jets offer or not as Winnipeg’s offer won’t be near the $3.5-$4 million asking price Tocchet has sought in the past.

**Keep an eye 👁 on ** While there is no concrete signed deal, sources tell me Rick Tocchet is the leading candidate at present time for the HC of the @NHLJets . The situation remains fluid, but I’m told it’s Tocchet’s decision to make . @espn @NHL #HockeyTwitter

— Penguins assistant Mike Vellucci was one of four coaches to receive two interviews To read this insider news, subscribe to get “Inside Access”!

Hey tool how is your Sock boy doing? You two are an embarrassment to Canada

Get Fleury 1 year 1m as back up for jarry.

Penguins should try to get Dubois from jets and Anderson. Right there team would be much better then having that bum Russian

When you look into a synonym dictionary for the word Fraud you see Biden, Trudeau and D

Keep letang. Get rid of the Russian.
Once upon a time Same wanted the Russian gone and penguins got Nathan instead. That that lazy bum can’t even get you a bag of pucks

It’ll probably 5 and under 8 AAV. 3 of 4 years as a top 10 Vezina guy… despite the sammich wanting that man to squirt babies over every inch of his body, he’s still the best option for the buck. Klingberg is the best other option available… when you deep dive in on him, it’s a downgrade for the same price… There will be some lean years coming… for the next 3 I expect to see Sid and Letang in the jersey. Malkin I’m not sure at this point. Based on his inability to play more than 50 and the… Read more »

We don’t replace his per game production but he’s probably going 55-60 games… so 60-70 points… he’s hurt too often and when he’s playing he’s either recovering or holding back because of that Crosby thing he tends to do. I love the guy but at this point it may be time to try something else and again… he’s not a 40 goal 100 point guy anymore. He’s a 60 point guy these days. That’s probably close to replaceable. They will need to change the PP approach as Letang cannot consistently hit the goal… so that’s worrisome but ultimately guys like… Read more »

Thank you someone else notices that Letang

A. Wont shoot the damn puck from the point (so teams pack in down low daring him to shoot he wont)
B. As you said can’t freaking hit the net when he does shoot.
C. Fumbles the Puck a lot at the blue line and Often loses possession and cause turnovers
D. Occasionally he does that slap pass to Sid which works like 10 times in 100..
E. Matheson should quarterback the power play..

There is only one absolute dong on this page that doesn’t see Letangs downside. While he’s excellent and gaining the zone and maintaining possession onside, he can overcommit in this area and take unnecessary chances which haunt him… his a virtual non-threat to score from the point.

He’s never been the actual PP QB… Crosby really is… Malkin is somewhat when he’s healthy but it’s mostly that shot that makes him so important on the extra man. If Malkin leaves I’d try 3 and 2 with Letang and Matheson with 3 forwards.

Yep I agree too much talent for a 19$ power play..